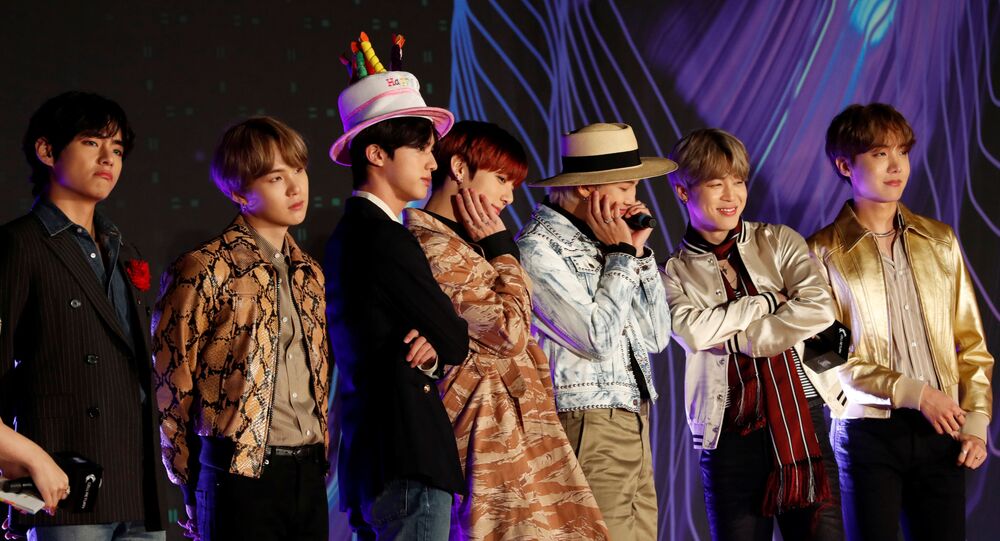 One of the biggest entertainment industry data resources Pollstar ranked the South Korean boy band in 5th place in terms of ticket sales in 2019.

One of the most influential trade publications, American Pollstar has released a global ranking of tour ticket sales for the year from November 22, 2018 to November 20, 2019.

According to Pollstar, the number one ticket seller was Ed Sheeran, which will come as little shock to music lovers. He did 51 shows in 34 cities on his world tour and sold a total of 2,455,718 tickets.

In second place was American singer-songwriter Pink with her "Beautiful Trauma" tour which lasted for 20 months and was attended by more than 3 million fans.

South Korean K-Pop boy band BTS came in fifth place with 1,334,325 tickets sold, surpassing such artists as Ariana Grande, Muse, Bon Jovi and Backstreet Boys. BTS performed 33 concerts in 16 cities across the globe and were also included in the Top 100 Worldwide Tours in sixth place and the Top 200 Concert Grosses (US concerts) in 5th, 6th and 8th place.

​A trade publication for the concert and entertainment industry, Pollstar, was founded in 1981 to cover music events in the United States and worldwide; nowadays it is one of the biggest publishers providing the most relevant data on global concert industry.