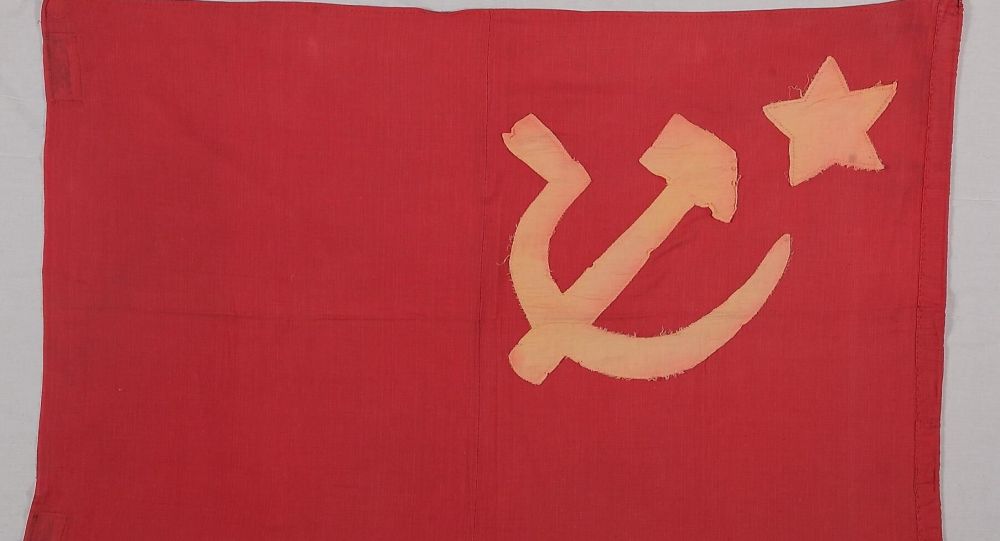 Edith Parker, who stitched together a Soviet flag herself, knew first-hand the horrors of war. The First World War had left the London woman a widow, with three small children to look after.

Throughout the Second World War, Edith closely followed the reports from the fronts and, being sympathetic to the Soviet people, decided to sew a scarlet flag with a hammer and sickle and hang it on VE Day to celebrate the allied triumph over Nazism, which she'd always known was a certainty.

The leaders of Great Britain had echoed her in offering their congratulations and encouragement. On 1 February 1943, Prime Minister Winston Churchill sent Joseph Stalin a telegram, calling the victory at Stalingrad “amazing”.  The United Kingdom's George VI sent a commemorative sword to the citizens of the city with the following message engraved in Russian and English: “To the citizens of Stalingrad, as strong as steel, from King George VI as a sign of deep admiration from the British people.”

Edith Parker's handmade flag flew over her home until the end of World War II alongside the Union Jack. After that, it became a family relic, which was carefully maintained and eventually passed on to Parker's son, David. In the early 1960s, he addressed the Soviet ambassador to the UK in London, and offered to transfer the wartime heirloom to the country which had sacrificed the most to defeat the Third Reich.

According to David, Edith wanted to give it to Soviet pioneer scouts as a tribute to the friendship between their peoples, but during her lifetime she had not had the opportunity to do so.

Now the Soviet flag, embroidered by Edith Parker, is in the collection of the State Museum of Contemporary Russian History. It is accompanied by a letter from David Parker, recounting the story of this artefact.

To commemorate the 75th anniversary of the Great Victory, the State Central Museum of Contemporary Russian History and Rossiya Segodnya International News Agency launched a project, “ArteFACT of War”, which explores the histories of some of the unique artefacts that survived the most deadly conflict in the history of Europe and the interceding years, as well as the fate of the people behind them.

The State Museum of Contemporary Russian History is one of the largest museums of modern history in the world. The museum exposition reflects the events that moulded Russian history from the second half of the 19th century to the present day. The museum is located in the heart of the capital, on Tverskaya Street, in a building that is an architectural monument of late 18th century Russian classicism.

MIA Rossiya Segodnya is an international media group whose mission is to provide prompt and balanced coverage of world events and to inform its audience about different views on key events. MIA Rossiya Segodnya presents a range of information resources, including RIA Novosti, R-Sport, RIA Realty, Prime, RIA Rating, and inoSMI. The media group is represented abroad by the international news agency and radio broadcast service Sputnik.