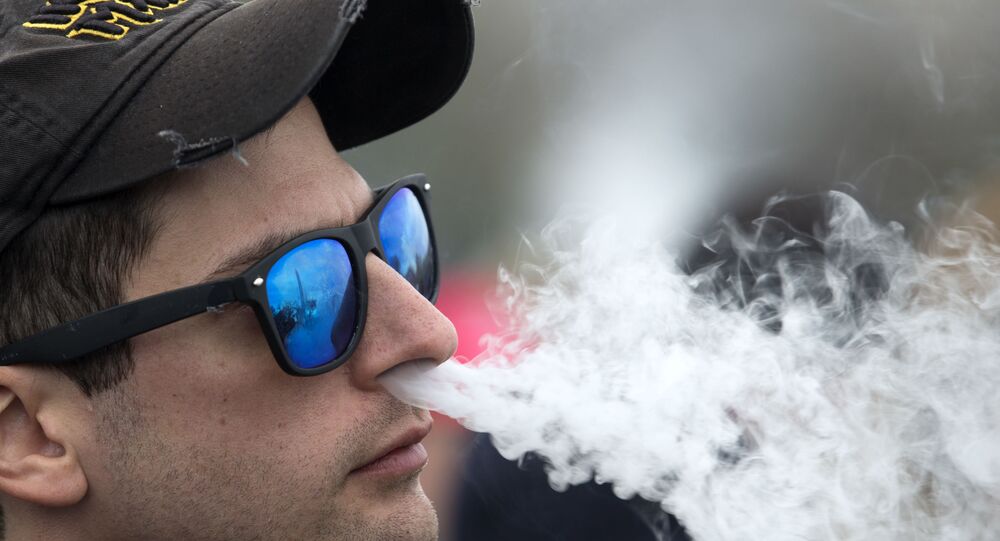 A new report conducted by the University of Michigan’s Institute for Social Research has found that there were sharp increases in adolescent marijuana vaping in the US from 2018 to 2019.

The Monitoring the Future study, which was funded by the US National Institute on Drug Abuse, found that in 2019 the percentage of teens “who had vaped marijuana in the last 12 months was 21% in 12th grade, 19% in 10th grade and 7% in 8th grade.” The numbers represent a 7.7-percentage point increase in marijuana vaping among 12th-graders and a 7.0-percentage point increase among 10th-graders. The magnitude of the increase among eighth-graders is unknown.

The prevalence of other substances, including prescription opioids and cigarettes, has declined among teens since 2018. Although there was no significant decline in alcohol use in the last year, drinking among teens has fallen between 54% and 71% among eighth-, 10th- and 12th-graders since the mid-to-late 1990s.

“The proportional declines from peak levels of cigarette smoking by adolescents are dramatic. For example, daily smoking has fallen 93%, 93% and 90% in grades 8, 10 and 12, respectively,” from peak recorded levels, the report explains.“In just the past five years the rate of daily smoking has fallen by between 44% and 66% in each of the three grades. The implications of these dramatic declines in cigarette smoking are enormous for the health and longevity of this generation of young people - that is, unless the rapid increase in vaping nicotine begins to seriously offset these gains.”

Even though some of the results are promising, the rise in vaping among teens is highly concerning, especially since 52 people in the US have died from vaping-related lung injuries so far. Meanwhile, another 2,409 people are suffering from such injuries, according to the latest report by the US Centers for Disease Control and Prevention (CDC).

To make matters even more complicated, the CDC has found that 152 vaping product brands containing Tetrahydrocannabinol (THC) were used by patients who later suffered from vaping-related injuries, making it tricky to identify the cause of the vaping-related illnesses. Some of the most common brands of THC-containing products used by patients include Dank Vapes, TKO, Smart Cart and Rove.

The CDC, however, has also found evidence of vitamin E acetate in the lung fluid of patients with lung injuries from electronic cigarette use. Although the CDC is still unsure whether or not this substance is behind the vaping-related illnesses and deaths, it can interfere with lung functions when inhaled, the organization has confirmed.

The Monitoring the Future study was based on a survey of 42,531 students from almost 400 public and private schools across the US.