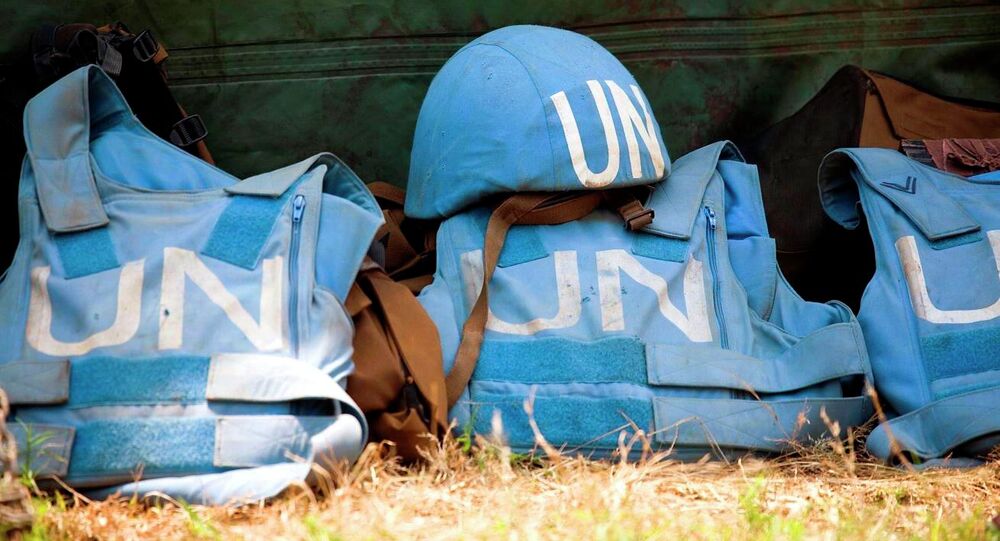 Personnel enlisted in the UN Stabilization Mission in Haiti (MINUSTAH) fathered hundreds of babies during their deployment and abandoned the young mothers after being informed of the unexpected pregnancies, a new report published Tuesday by researchers and academics revealed.

MINUSTAH, which is known as one of the longest-running missions by the agency, ran from 2004 to 2017. It was originally launched in an effort to aid Haitian institutions with organized crime and political instability; however, its objective was later broadened after the 2010 earthquake and 2016’s Hurricane Matthew, which caused billions of dollars in damages and left hundreds dead.

Published in the Conversation, the findings revealed that out of 2,500 Haitians interviewed by a trained research team, 265 locals who live in communities surrounding the UN’s 10 bases in the Caribbean country had stories about children fathered by peacekeepers.

“The narratives reveal how girls as young as 11 were sexually abused and impregnated by peacekeepers and then, as one man put it, ‘left in misery’ to raise their children alone, often because the fathers are repatriated once the pregnancy becomes known,” reads the report.

“In many cases, the power differential between foreign peacekeepers and local populations allows foreigners, knowingly or unknowingly, to exploit local women and girls. The prevalence of transactional sex in our data underscores the significance of the structural imbalances – peacekeepers have access to some of the resources that are desired or needed by the local population, and so they are in a strong position to exchange those for sex.”

Researchers were made aware of several instances of UN peacekeepers, either uniformed or non-uniformed personnel, engaging in sexual exploitation in which either money was given to the women or services were carried out in exchange for food. Other cases included violent sexual encounters and consensual sexual relationships between local women and girls and peacekeepers.

“All day, I heard women who are complaining about the sexual violence that MINUSTAH did to them,” a male community member from Cité Soleil told researchers. “And they had given them AIDS through sexual violence. There are also some of them who are pregnant.”

In regard to cases of sexual violence, researchers stated in their report that such instances proved to be a “minority of reported sexual encounters,” and that the victims included not only women and girls, but also men and boys.

The case of a 14-year-old girl identified by the pseudonym Marie was highlighted in the study. Researchers discovered that she was impregnated by a Brazilian peacekeeper, and that soon after the individual was informed of the pregnancy, he returned to Brazil.

Left to deal with the pregnancy alone, the teenager was ultimately forced to leave her home and relocate to a relative’s house. “Her child is now four, and Marie has yet to receive any support from the Brazilian military, an NGO, the UN or the Haitian state. Marie provides what she can for her son but she cannot afford to send him to school,” the report states, noting that the teenager earns only 26 cents per hour.

In a “few extreme cases,” some of the new mothers wound up engaging in sexual relationships with other peacekeepers in an effort to provide for their children.

A spokesperson for UN Peacekeeping told the Times in a statement that while global missions “are making steady progress” to prevent abuses, “much remains to be done.”

“All categories of personnel are vetted against a prior history of misconduct while serving in the United Nations. Perpetrators are barred from future recruitment with us,” reads the statement. “We have removed or repatriated both individuals and units where we deemed it appropriate and will continue to do so."

Academics involved in the research put forth three key recommendations to halt the current environment. They include, but are not limited to: training for UN personnel that focuses on understanding the power differentials in fragile peacekeeping economies; ending the UN’s practice of repatriating personnel implicated in cases of sexual exploitation or abuse; and allowing the UN’s Victims’ Rights Advocate to effectively work on the victims’ behalf and address problems at a “structural level.”

The latest research comes nearly two years after it was revealed that Oxfam, a charitable organization founded in the UK, had worked to cover up the sexual exploitation of Haitians by the agency’s employees.

US Issues Visas to Rouhani, Zarif for Next Week’s Meetings at UN General Assembly - Iran Mission