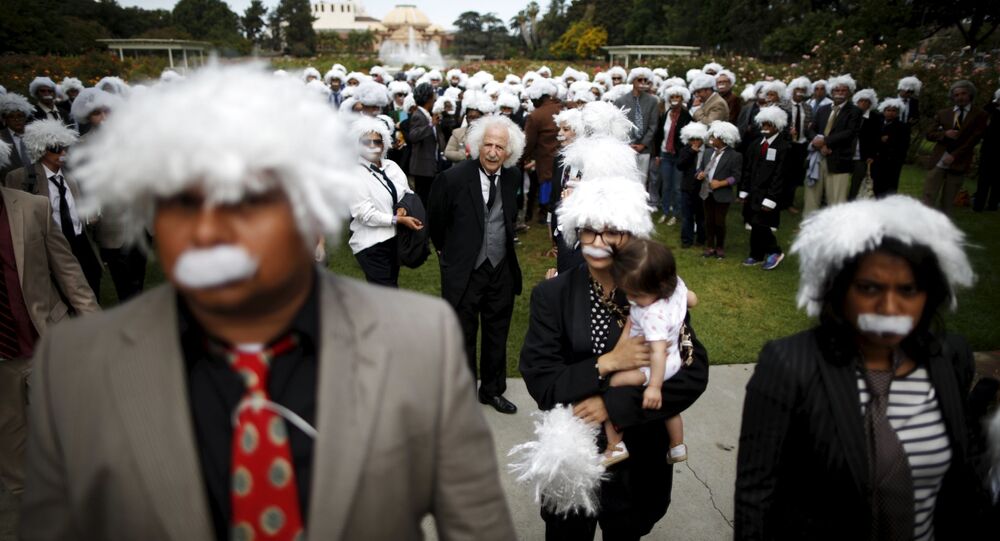 The Mensa test gives an indication of general cognitive abilities and has an average score of 100. However, it does not serve as a substitute for a professional intelligence test.

Two brainiac girls in Britain have outshined prominent scientist Albert Einstein by scoring 162 points on an IQ test. Lara Jeetly from Little Aston, near Birmingham, was encouraged by school teachers to undergo the test after she excelled at the work they gave her and it seems that they were right, as she aced it and got two points more than the author of the theory of relativity - and she did it just a week before turning 11. Einstein is believed to have had an IQ of 160

"I want to make a difference to the planet. There’s lots of CO2 in the air and I’d like to make a better environment by creating an invention or something else that helps with that", Lara told Birmingham Live.

The other girl to outpace the prominent scientist was Freya Mangotra, who lives south of Birmingham. The 10-year-old turned out to be a pro when it comes to verbal reasoning. Freya’s mother, Dr Ghuslan Tajuriahe is currently studying for a PhD in child development. The girl’s parents were very proud of her achievement, but said they knew that the child was gifted from an early age. "She grasps things very fast. She can concentrate very quickly and remember things - she only needs to read or do something once to remember”, said her father Dr Kuldeep Kumar.

Both girls are now considered geniuses by Mensa officials.

Freya Mangotra has a huge list of hobbies. She plays chess, enjoys swimming, drama, and Bollywood dancing, writes stories, and even has a black belt in taekwondo. After her success, the girl was offered a scholarship to top private school King Edward VI High School for Girls.

Freya’s parents said the girl is still undecided as to what she wants to be when she grows up.

"It changes”, said her father. "She wanted to be a doctor but then went off it. She wants to write, she likes stories but she also wanted to become a film director".