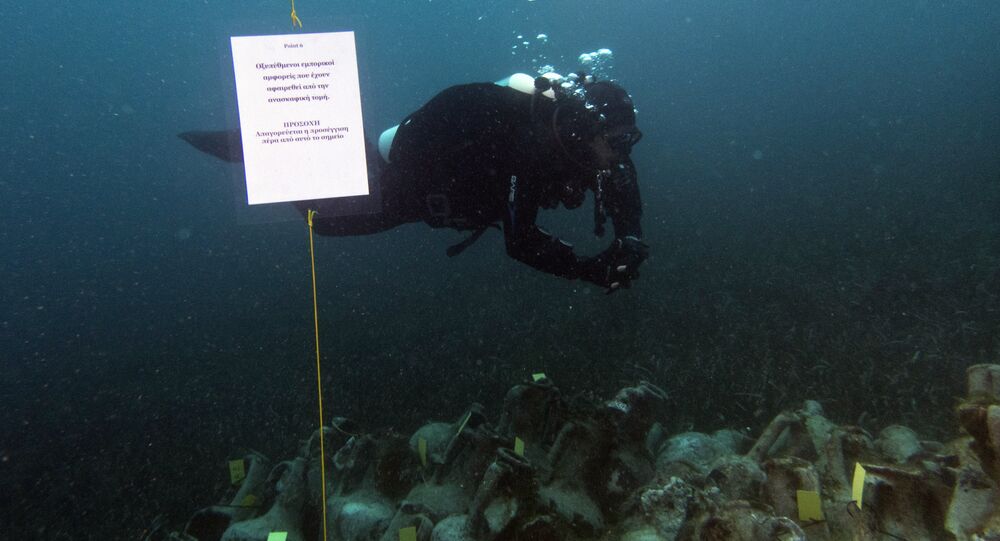 In October, a scientific team from the Balearic Institute of Maritime Archaeology Studies found another Roman cargo ship with jugs containing olive oil and perfectly preserved garum sauce or an ancient form of ketchup.

Scientists have discovered an extremely large Roman shipwreck dating back to the time of Jesus Christ. Researchers say the ship and its cargo could reveal new information about shipbuilding and trade during that time period. The sunken vessel was discovered off the coast of Greece, near Kefalonia Island earlier this month during a survey conducted by the Oceanus Network of the University of Patras, Greece.

The wreckage that researchers said dates back to 1 BC to 1 AD, was found with the help of sonar equipment and artificial intelligence image-processing. It is the fourth largest shipwreck from that period discovered in the Mediterranean Sea. Scientists first discovered the vessel’s cargo – 6,000 well preserved terracotta jars with food and wine – lying on the seafloor and filling the ship’s wooden frame. The vessel itself is estimated to be 33 metres long and 9 metres wide, dwarfing previous findings of that time period. Ships normally were about 15 metres long.

George Ferentinos from the University of Patras said the finding is of significant archaeological importance and noted that it “has the potential to yield a wealth of information about the shipping routes, trading, amphorae hull stowage and ship construction" between 1 BC and 1 AD.

The ship was discovered near the fishing port of Fiskardo, which led researchers to believe that Fiskardo was an important harbour at that time, used for ferrying goods around the Mediterranean.