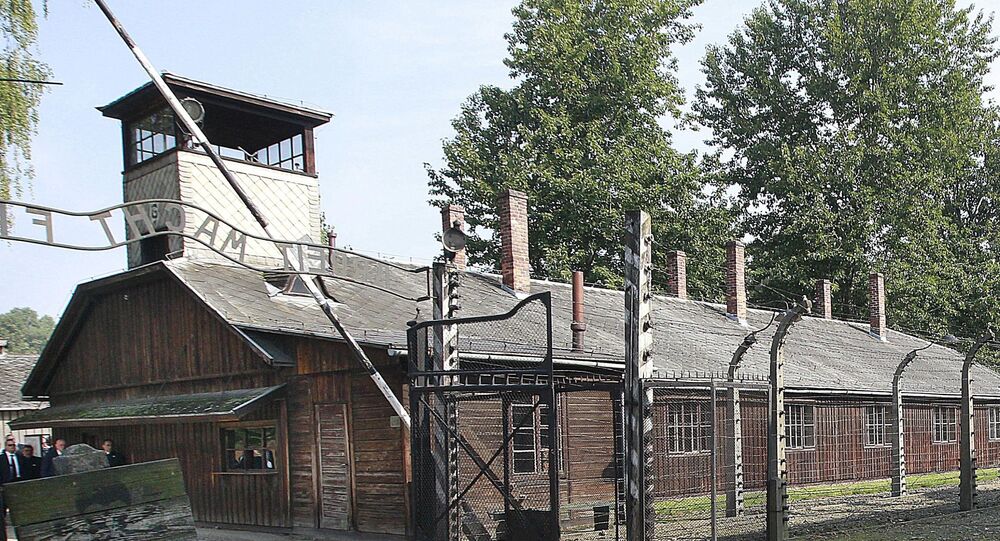 The row began following a decision by the Auschwitz Museum to block the group Women Fight Anti-Semitism’s account on Twitter after it accused the museum of being a cover for Polish revisionism, a policy softening the role of Warsaw in operating Nazi concentration camps.

1) @AuschwitzMuseum, if you ever intimidate my followers via DM again, or you try to intimidate strong Jewish women who lost family members at Auschwitz, I will confront you. Personally. That’s a promise.

​Earlier, the Auschwitz Museum blocked the account of the group Women Fight Anti-Semitism on Twitter after it accused the museum of being a cover for Polish revisionism. “Your sham of an account [is] forging untruths and Holocaust denial”, Women Fight Anti-Semitism wrote in a tweet that was later deleted. The museum did not officially comment on its decision and instead started directly messaging users who were concerned by the argument.

In his turn, McKay Smith accused Auschwitz of scaring people with its messages. In particular, he said that Pawel Sawicki, who runs the Twitter accounts for the Auschwitz Museum and the Auschwitz-Birkenau Memorial, brought up inherited traumas.

But Polish nationalists seem to be running wild. Hundreds of messages to me today. Using the museum as cover. I’m starting to get mad.

3) Don’t ever test me again, @pawel_sawicki. Ever again.

The way you treated these women is completely wrong. Terribly wrong. It brings up horrible inherited traumas from Auschwitz for them. What in the world were you thinking? Next time come straight at me.

​Sawicki told the New York post that McKay had accused him of siding with Holocaust deniers in a post he later deleted. “I have been working at the memorial for over 12 years and I think I was never disrespected with such a personal false accusation”, Sawicki said.

Yossi Gestetner, co-founder of the Orthodox Jewish Public Affairs Council, praised the Auschwitz Museum’s decision to privately message people who were concerned about the argument and explain its position. “I think the Museum acted responsibly by taking the conversation from the open space, which usually only invites trolls to pile on, and pushing it into DMs to address people who have tweeted at the museum”, he said. At the same time, he noted that the argument should have been handled in a private manner.

The Auschwitz concentration camp was built by Nazi forces in the Polish city of Oswiecim in 1940 and operated until 1945, when Soviet troops liberated it. Millions of people, mainly Jews, perished in six extermination camps built in occupied Poland.

In 2018, the Polish government introduced a law that made it a criminal offence to suggest that the country participated in or was in some way responsible for atrocities committed by Nazi troops on its territory. Authorities said the legislation was intended to prevent the good name of Poland from being insulted. Using phrases like “Polish concentration camps” was made punishable by up to three years in jail. Following an international outcry, the government made a U-turn and the law now carries only a civil offence.

Last month, Prime Minister Mateusz Morawiecki accused Netflix and “certain networks” of rewriting history after the streaming service aired a documentary about Nazi death camps showing them on the territory of modern-day Poland.