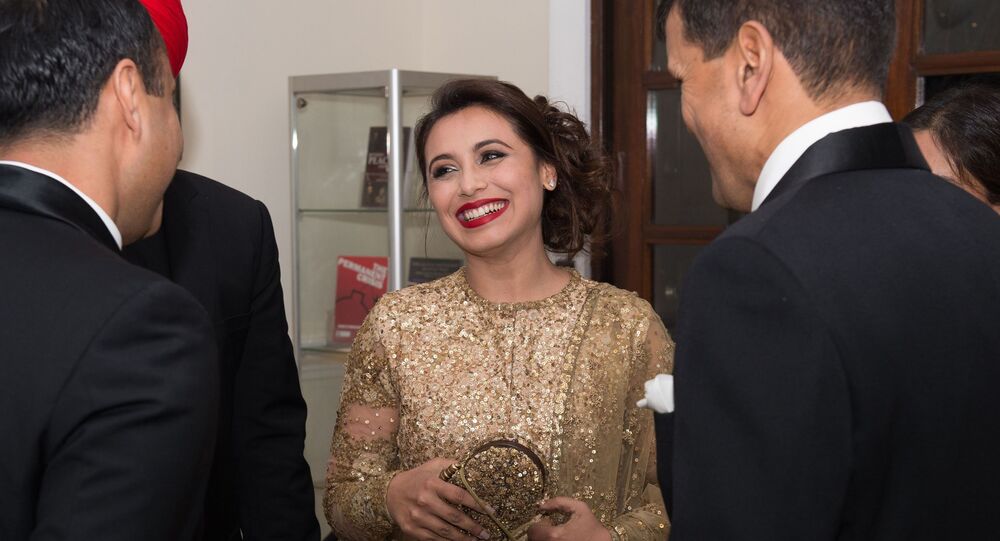 New Delhi (Sputnik): “Mardaani 2” is a sequel to the 2014 film “Mardaani” that tells the story of a policewoman whose interest in the case of a kidnapped teenage girl leads her to uncover secrets about human trafficking by the Indian mafia. The film features Rani Mukerji as Inspector Shivani Roy.

The actress will once again play the role of a cop in "Mardaani 2" and will be seen standing up against all evils, in particular, taking a bold stand against crimes committed against women. In keeping with the theme of the movie, Rani has also urged women in the country to join the police force in large numbers.

"I want more and more girls and women in our country to choose the police [force] as their profession because personally as a citizen of this country, I feel that there aren't better police officers than female police officers," said Rani, at a special screening of "Mardaani 2" for female officers of the Maharashtra Police Force, in Mumbai, reports Indian news agency IANS. Mardaani in Hindi literally translates to 'mannishness'.

Rani also told the female officers that although the film releases on 13 December, they wanted to show it to them first.

"I am happy that all of you could come to watch this film and give me your feedback. I will try to do more films like this in the future," she said and added that "Now they (the female police officers) have watched the film and we have got good feedback from them. This has increased my confidence. I now pray that once the film releases on Friday, everyone will react in the same way as these police officers."

"Mardaani 2" is directed by Gopi Puthran and produced by Rani's husband Aditya Chopra under the banner of Yash Raj Films.

Justice for All: Mexican Man Reportedly Goes to Jail For Raping a Cow in Texas