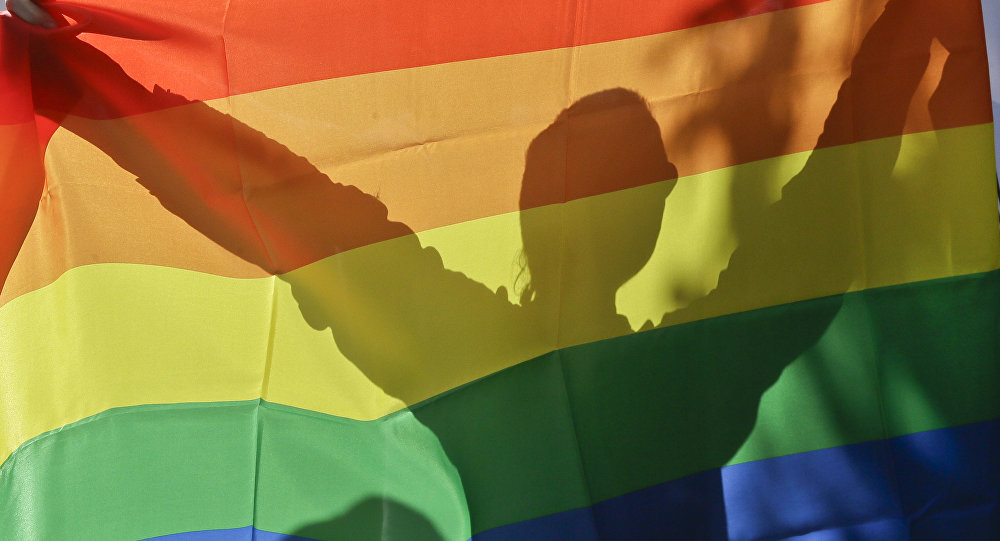 Barely a fortnight ago, the controversial LGBT painting called "Paradise" was hailed for “making history” and revered as a milestone in the church's acceptance of sexual minorities. Now it's removed for sending the wrong signal about transsexuals, as it depicted the Serpent as a transsexual woman.

After only ten days, St. Paul's church in Malmö has decided to remove its new altarpiece depicting same-sex couples in suggestive poses.

The inauguration of the homoerotic painting “Paradise” by controversial artist Elisabeth Ohlson Wallin as the church's new altar on the first day of Advent was widely celebrated by church officials and the media.

However, the Swedish Church has announced that the altar will be removed, because it “leaves too many unanswered questions".

The church suggested in a press release that it is “totally uncontroversial” to have two gay couples in the artwork, and confirmed its commitment to the LGBT cause, being one of the first in the world to start blessing same-sex couples.

“But there is the Serpent, which traditionally stands for evil, and it also turns out to be a trans person, which may be interpreted in a way that a trans person is evil or even the devil. The Church of Sweden absolutely cannot support this,” the church said in a press release.

© CC0 / jubild
Church of Sweden Shamed for 'Political Activism' as It Unveils First LGBT-Themed Altarpiece - Photo
According to the church, the depiction of the forbidden fruit is also problematic, as it raises questions on what kind of knowledge it represents.

“At first I did not realise the complexity, but upon closer reflection and careful discussion with the management, there is no alternative but to move the painting from the church premises,” pastor Per Svensson said, adding that the Church has “listened to criticism”.

Elisabeth Ohlson Wallin's “Paradise” depicts the Biblical Garden of Eden and is a variation of Lucas Cranach's work, only with Adam and Eve replaced with black and white gay people in sexual poses.

Elisabeth Ohlson Wallin, herself a lesbian, is known as a staunch supporter of the LGBT cause. In 1998, her exhibition Ecce Homo, held in Uppsala Cathedral, sparked a major controversy for depicting Jesus as the champion of homosexuals and transvestites, even riding a bicycle in a gay pride parade.

​The Church of Sweden maintains a rather liberal position on a plethora of issues, such as homosexuality, mass immigration, and climate change. At over 5 million members, it remains Sweden's largest religious organisation and Europe's largest Lutheran denomination, despite a rapid decline in worshippers (at a pace of about 2 percent annually). The Church of Sweden went from 95 percent of the Swedish population to barely 57 percent within a matter of several decades.