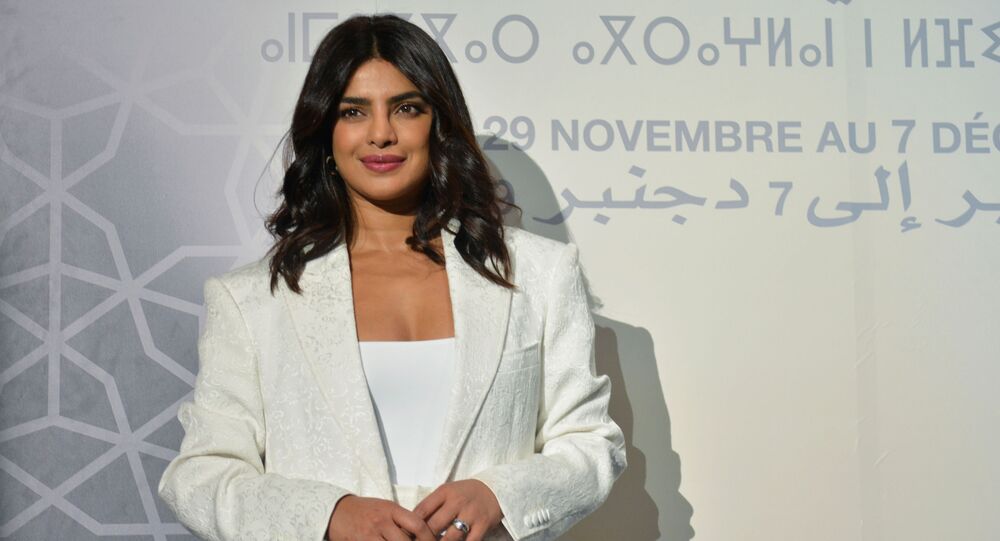 New Delhi (Sputnik): Global actress Priyanka Chopra was called “a bit of a hypocrite” by a Pakistani woman in Los Angeles earlier this year, over one of her tweets which praised Indian airstrikes in Pakistan in February. The young woman confronted the “Quantico” star about her political views.

Actress Priyanka Chopra was accused of glorying war earlier this year and has now clarified that her statement had been given a different spin, and again expressed her displeasure at what had happened. She says she has always been against nuclear war and will remain so.
In an interview with thedailybeast.com, the actress said, "It was unfortunate what happened, and... I have never been, never was, and never will be pro-war, and that is in my statement itself. My work for all of these years is a testament to that, and I don't feel I need to keep regurgitating it."
On 26 February (the day when India planes launched airstrikes in Pakistan's Balakot area), the actress in a tweet said "Jai Hind", meaning "victory to India". The post also included the hashtag #IndianArmedForces.

The tweet was made in the light of the Indian strikes that triggered a retaliatory response from Pakistan and resulted in an escalation in hostilities between the two nuclear-armed countries over the disputed region of Kashmir.
The airstrikes were India's retaliation to the February 14 suicide bombing attack on India security personnel in Kashmir' Pulwama sector that left 40 security troops dead. The Pakistan-based Jaish-e-Mohammad terror group claimed the attack.
Chopra's tweet had generated backlash from critics who said she was "glorifying war". An online petition even demanded that the actress be stripped of her status as a goodwill ambassador for UNICEF.