New Delhi (Sputnik): In a career spanning four decades, southern Indian megastar Mammootty has appeared in over 400 films, predominantly in the Malayalam language but also in Tamil, Telugu, Kannada, Hindi, and English.

Muhammad Kutty Paniparambil Ismail, better known by his stage name Mammootty has won three National Film Awards for Best Actor. He was also conferred the fourth highest civilian award, Padma Shri for his contributions to the arts in 1998.

Actress Prachi Tehlan, who is sharing screen space with the actor in the upcoming Malayalam-language period action film “Mamangam” directed by M. Padmakumar, has been equally mesmerised by the superstar's aura like any other fan. In an emotional confession, she said that she wants to be like him one day.

The amount of respect and love Tehlan holds for Mammootty was evident during one of the film’s promotion events in Dubai when she was asked what she wants to be in her career, to which she replied "I want to be Mammooka (fans also call Mammootty by that name)".

Overwhelmed with emotions, the actress further said, “I have never been a diehard fan of anyone, but Mammooka is infused with an infectious energy which makes him different from everybody. More than being a great actor, he is an amazing human being. He holds great values and is always down to earth".

Tehlan also shared a short video of the Dubai event on the photo sharing site Instagram and talked about how she has grown two years older with “Mamangam". 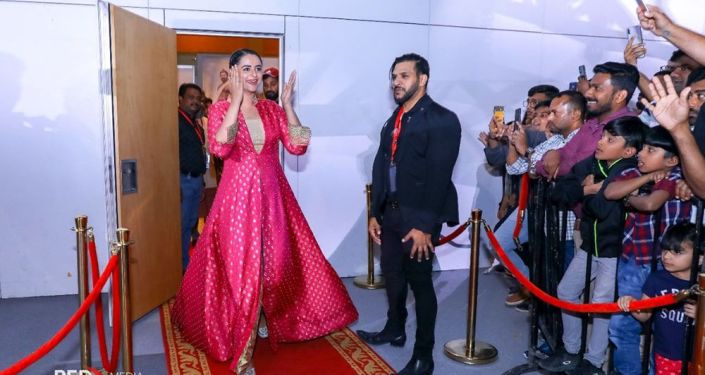 “It’s not just a project but a journey for me. It was tough for me at various levels".

“Mamangam” (literally translated as Great Sacrifice) is set to be released on December 12. The movie is a period drama that talks about the Mamankam festival, a duodecennial medieval fair held on the banks and on the dry river-bed of the Bharathappuzha, the second-longest river in the southern state of Kerala.