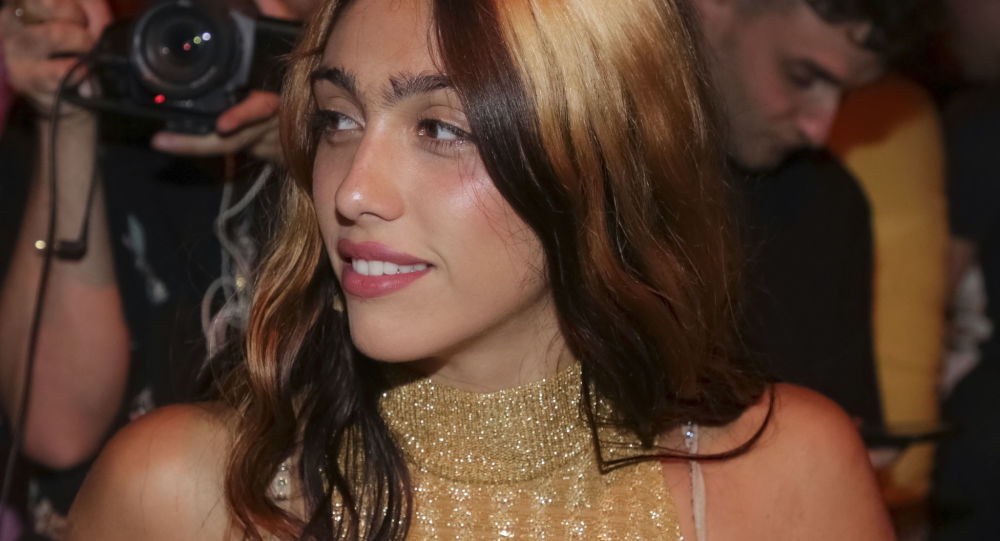 When the singer’s oldest daughter became a teenager, journalists and music fans quickly noted that Lourdes looks almost exactly like her mother. Now, Lourdes is 23-years-old and she not only bears a striking resemblance to Madonna, but it seems she can be as provocative as her mom.

At the beginning of the performance Madonna’s daughter appeared in a skin-tight dress with a floor length ponytail extension. Dancing in front of the stunned audience and journalists she showcased her unshaven armpits. After all the models walked down the catwalk they formed couples…or sometimes threesomes and the bacchanalia began. Lourdes Leon, who worked as a fashion designer and is now a successful model, started kissing her female partner and then stripped down, leaving only a skin-toned thong and nipple covers.

This summer Madonna revealed that she is “green with envy” because of her daughter’s talent, but said Lourdes lacks drive, because unlike the singer, who grew up without money, she has everything.

"She's incredible at everything she does – she's an incredible dancer, she's a great actress, she plays the piano beautifully, she's way better than me in the talent department. But she doesn't have the same drive, and again, I feel social media plagues her and makes her feel like, people are going to give me things because I'm her daughter. I try to give her examples of other children of celebrities like Zoë Kravitz, for instance, who have to work through that 'Oh yeah, you're the daughter of…' – and then eventually you are taken seriously for what you do", Madonna said in an interview with Vogue.