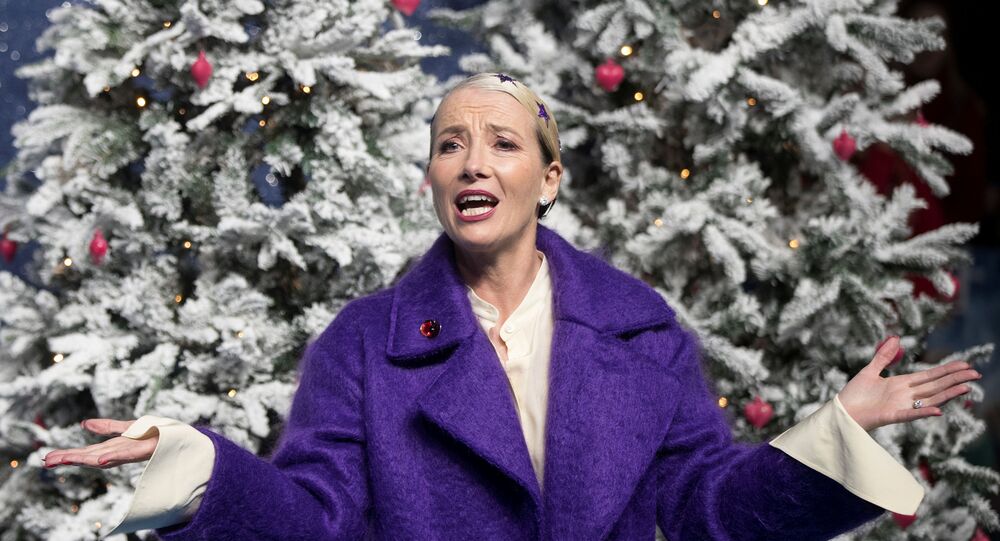 The award-winning actress, 60, is well known for publicly raising acute environmental issues. Emma Thompson participated Thursday in a rally outside of the BBC office in London, warning of the "extreme weather" ahead.

According to the "Saving Mr. Banks" star, there will be an "increased chance of warmer, wetter winters and hotter, drier summers, along with an increase of frequency and intensity of extremes", cited by Fox News.

The Oscar-winning actor suggested, while reading from a script during the rally, that humanity must prepare for a "gloomy" future, adding that it is "better wrap up warm, stockpile food and remember there is a surprising amount of protein in the average household pet".

"Expect crop failures, water contamination, damaged houses and ruined lives, and we will see these persistent weather fronts continue to wreak havoc across the nation, albeit with one or two days of dry and settled weather", Thompson added.

The London rally was organized by environmental group Extinction Rebellion, known for radical protest, campaigns against pollution and the greenhouse gas effect, and other issues related to climate change.