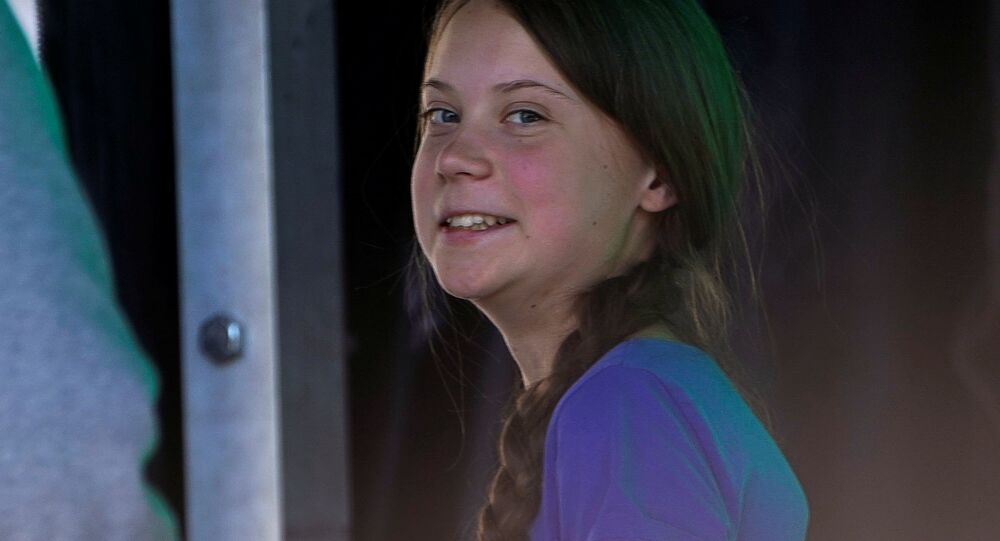 MOSCOW (Sputnik) - Swedish teen eco-activist Greta Thunberg is among the quartet of recipients of this year's Right Livelihood Award, also known as the "alternative Nobel Prize" for human rights.

"Incredibly honoured to receive the @rightlivelihood award tonight. I’m there in Stockholm with you in spirit!!" Thunberg said on Twitter.

The other winners were Aminatou Haidar of Western Sahara, Guo Jianmei of China, and Davi Kopenawa of Brazil.

According to the Right Livelihood Foundation's wall of laureates, Thunberg was awarded the prize "for inspiring and amplifying political demands for urgent climate action reflecting scientific facts."

Haidar got the award for non-violent human rights activism, Guo for protecting women's rights in her country, and Kopenawa for championing the rights of indigenous peoples of the Amazon.

Thunberg did not attend the ceremony as she is still on her way home from the United States, where she traveled to on a zero-emission carbon-neutral racing yacht to attend the UN Climate Action Summit in September. She arrived in Portugal earlier this week.

The teen has become the face of a youth environmental activism movement inspired by her skipping classes every Friday to protest in front of the Swedish parliament building for better environmental policies.