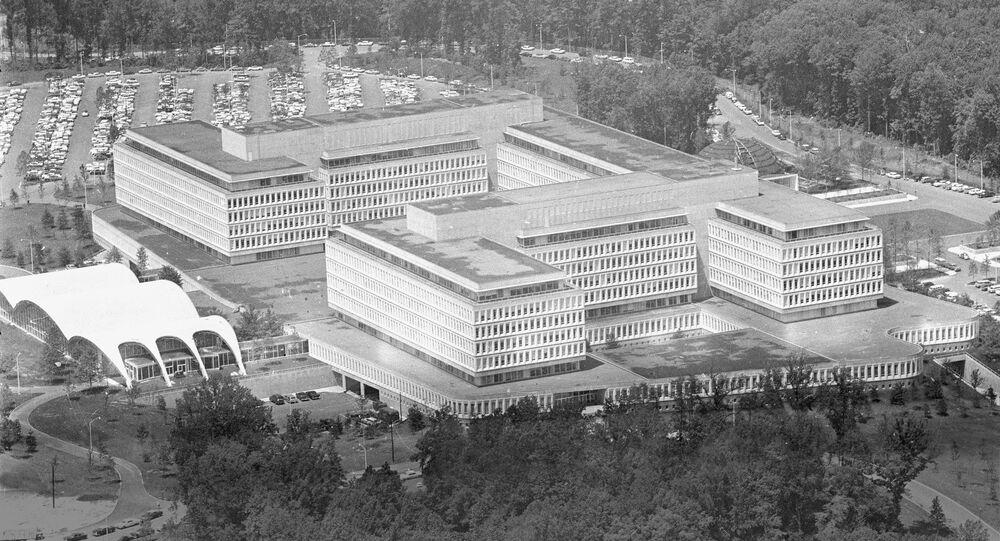 Author Stephen Kinzer boasts stunning knowledge when it comes to writing about terror attacks and coup plots. His most recent work, however, seems to be the most hair-raising, focusing on the puppet master behind the CIA’s poisoning and torture schemes.

“I’m still in shock", writer Stephen Kinzer says of what he learned about the horrid experiments conducted by a US government scientist that few know by name – Sidney Gottlieb.

“I can’t believe that this happened", he recounted as his book with the suggestive title “Poisoner in Chief: Sidney Gottlieb and the CIA Search for Mind Control” saw the light of day.

This is a story about Gottlieb’s 22-year career, as the chemist continuously ran mind-control projects that aimed to assist the US in its fight against international communism from the 1950s to the 1970s.

“The investigation of drug effects on ego control and volitional activities, i.e., can willfully suppressed information be elicited through drugs affecting higher nervous systems? If so, which agents are better for this purpose?” the author cited a CIA memo on the project subsequently called Artichoke.

Kinzer writes that in the 50s and 60s, Gottlieb “directed the application of unknowable quantities and varieties of drugs into” hordes of people as he sought the most suitable conscience-altering recipe to effectively mold subjects’ thoughts and behaviours.

Gottlieb has been widely reported to have performed LSD tests on prisoners, government employees, and hospital patients, with many of them kept in the dark about being fed narcotics.

One of the cited examples is the lethal case of a CIA officer who died in a highly suspicious manner after Gottlieb reportedly laced his drink with LSD. He later designed custom-made poisons when his seniors raised the question of “dealing with” a foreign leader, with the sinister doctor finally portrayed by actor Tim Blake Nelson in Errol Morris’ Wormwood in 2017.

However, Kinzer has outlined quite a few new details in his book, the first proper biography of the scientist. For instance, “Poisoner in Chief” depicts the way Gottlieb tried his hand in torture sessions at US military sites and allowed his colleague, a doctor, to give LSD to children.

Kinzer notes that when “Artichoke scientists came up with a new drug or other technique they wished to test… they asked the CIA station in South Korea to supply a batch [of] ‘expendable’ subjects'".

One CIA memo suggested the subjects were needed for the testing of an unnamed but “important new technique", adding: “technique does not, not require disposal problems after application".

Gottlieb’s project notably involved foreign heads of state that belonged to the communist camp. According to colleagues cited by Kinzer, he prepared “a pre-poisoned tube of toothpaste” meant for Congolese Prime Minister Patrice Lumumba, although it was never used.

He also ran a scientific team working on a bizarre plot to disgrace Fidel Castro: believing that his strength was accumulated in his beard, Gottlieb reportedly sought to have thallium salts sprinkled in his boots to make his beard hair fall out, “leaving him open to ridicule and overthrow".

Kinzer believes his 22 years with the agency left a significant imprint on the CIA as it is today: he says there is “a direct line between Sidney Gottlieb’s work and techniques that US agents taught to Latin American security services in the 1960s and 70s".

“These techniques were also used in Vietnam—and then later on to the techniques of torture and so-called extreme interrogation that were used at Abu Ghraib and Guantanamo", Kinzer added.

Given an “effectively unlimited supply” of LSD supplied by the pharmaceutical company Eli Lilly to the CIA, Gottlieb became perhaps “the most powerful unknown American of the 20th century", Kinzer states.

After the CIA, the father of four tried to reinvent himself, working with children who have speech problems. “Nobody had any idea of what he had done in the past, but he was tormented by it", Kinzer assumes noting that when he passed away in 1999 no cause of death was officially announced.