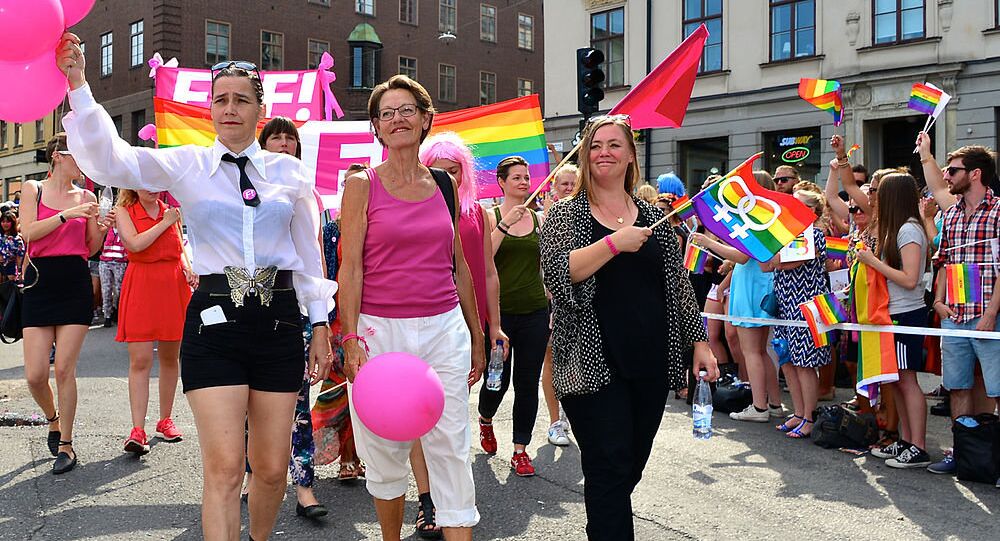 In order to qualify for public funding, at least 60 percent of the applicant organisation's members must be within the 6-25 age bracket.

Young Feminists, the youth wing of the Feminist Initiative party, is encouraging children as young as six to join their organisation.

Young Feminists admitted on Facebook that they have had “a difficult year” and said they need many more members to qualify for the state support in the future.

“Our feminism is needed in the political space, which is why we urge you who are 6-25 years to become a supporting member of Young Feminists”, the organisation said. The public is enticed with “completely free” membership that “expires at the end of the year”. In a signal of their desperate situation, the Young Feminists have even allowed double membership, and stressed that newcomers are not obliged to vote Feminist Initiative and are free to join other youth associations as well.

In order to receive grants from the Youth and Civil Society Authority, at least 60 percent of the applicant organisation's members must be aged 6-25. In 2019, Young Feminists were awarded over 1.2 million SEK in grants (over $130,000), the news outlet Nyheter Idag reported.

As the idea behind the recruitment campaign ostensibly is solely to secure government funding, this raised many an eyebrow on social media.

“If you had a sensible message that didn't include hate and anger, you might have gotten members without having to recruit toddlers. The Swedish people are tired of militant feminism, which is based on exclusion and hatred of white men, while at the same time completely copping out in the face of honour-related oppression in the suburbs. Good luck in the future without tax-funded contributions to drive your hatred,” political commentator Björn Norström wrote on their Facebook page.

“Put your 6-year-old in a political youth union, so more tax money will flow to Young Feminists. Amazing. So cynical,” Sofie Löwenmark of the Doku foundation tweeted.

​“Is this a joke or? My daughter is 6 years old, she cannot read well and does not have the cognitive maturity to understand what political ideology or feminism is. Young Feminists of course understand it, but they are only interested in raising more funding,” Alexandra Hedborg of the Christian Democrats tweeted.

​“Young Feminists, Feminist Initiative's youth association, are trying to recruit 6-year-olds to continue to receive grants. Talk about a desperate and dying movement,” another user noted.

© CC BY 2.0 / Paf - Games Sport Casino / Club Paf at Tierp EM Dragracing 2013
Left-Wing Slant, #MeToo Scare Swedish Men Away From Feminism
Feminist Initiative is a feminist political party in Sweden originating from a pressure group with the same name. Formed by former Left Party leader Gudrun Schyman, it enjoyed a brief period of relative success and media fame and even managed to win a single seat in the European Parliament, but has since fallen back into obscurity, garnering only 0.4 percent of the vote in the 2018 election.

Apart from feminism and equality, Young Feminists embrace open-borders policy and see themselves as a stalwart force against racism.