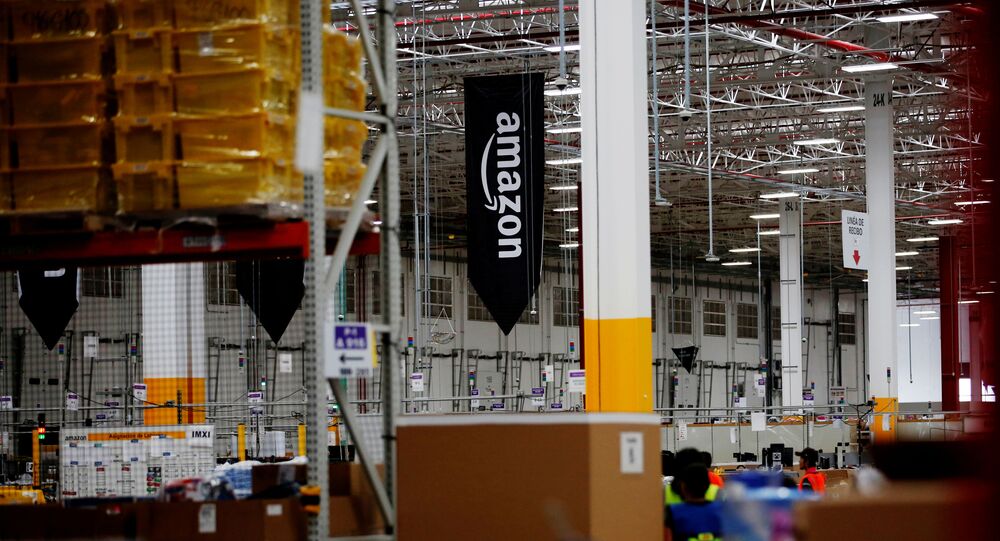 A new report by Reveal from The Center for Investigative Reporting claims that Amazon, valued at about $160 billion, habitually ignored injury reporting and safety regulations for years up until 2015, and that its policies have resulted in injuries to many of its employees to date.

According to the report, “the company’s obsession with speed has turned its warehouses into injury mills.”

In fact, according to internal injury records from 23 Amazon fulfillment centers across the US, the “rate of serious injuries for those facilities [in 2018] was more than double the national average for the warehousing industry,” the report explains. There were 9.6 serious injuries for every 100 full-time workers at the selected Amazon centers last year. The industry average was 4 per 100 workers.

“According to Amazon’s own records, the risk of work injuries at fulfillment centers is alarmingly, unacceptably high,” David Michaels, the former head of the US Occupational Safety and Health Administration (OSHA), is quoted as saying in the report.

“Amazon needs to take a hard look at the facilities where so many workers are being hurt and either redesign the work processes, replace the top managers, or both, because serious-injury rates this high should not be acceptable to any employer,” Michaels added.

Many Amazon workers interviewed during the investigation said they were forced to continue performing dangerous activities, such as lifting heavy objects, despite getting doctors’ notes stating that they shouldn’t be doing such tasks. In addition, several former workers said they had to “break the safety rules to keep up.” Employees who got severely injured on the job say they were quickly replaced by other workers.

“In at least a dozen cases, Amazon either ignored these employee requests or provided only partial records, in apparent violation of federal regulations. Amazon told some workers that they were entitled only to the records for the time period they worked there,” the report explains. When records were provided to Amazon workers, managers “used identical language” to call the records “confidential and request they be kept secret.”

According to OSHA spokesperson Kimberly Darby, employers are not allowed to bar their employees from sharing such records. Three former Amazon safety managers also confirmed that Amazon higher-ups tried to justify not recording injuries.

In one section of the report, Indiana OSHA investigator John Stallone discusses his investigation into the death of Amazon worker Philip Lee Terry, who was crushed by a forklift in 2017. Stallone asked Amazon to show records proving that Terry had been trained on how to use a piece of equipment to prop up the forklift.

During his investigation, Stallone found that Amazon didn’t train Terry on how to use the equipment. On November 20, 2017, Stallone recorded a phone conversation regarding Terry between himself, his boss Indiana OSHA Director Julie Alexander and Amazon officials.

In the conversation, which Stallone shared with investigators, Alexander told the Amazon officials “what she’d need from them in order to shift the blame from the company to ‘employee misconduct.’” Following that phone conversation, Stallone was invited to a meeting with Indiana’s Labor Commission and told to “back off the case or risk jeopardizing Indiana’s chances of being chosen as a location for Amazon’s second headquarters,” the report states. Stallone quit his job shortly afterwards, and Terry was blamed for his own death.

According to Amazon spokesperson Ashley Robinsin, the company has never underreported workplace injuries. She also added that in 2016 the company instituted a policy change to “shift to a fully transparent reporting model, as we would rather over-report and lead in this space for our associates’ safety than optimize for optics.”

Amazon has long been long criticized for its mistreatment of employees. In April, the company fell under increased scrutiny after reports emerged that Amazon fulfillment center workers are forced to pack hundreds of boxes per hour and are fired if they cannot cannot perform fast enough. Amazon workers have been known to skip bathroom breaks, urinating into bottles to fulfill daily performance quotas.

Documents obtained by the Verge at the time show that Amazon fired over 300 employees at a facility in Baltimore, Maryland, between August 2017 and September 2018 for not meeting productivity quotas.