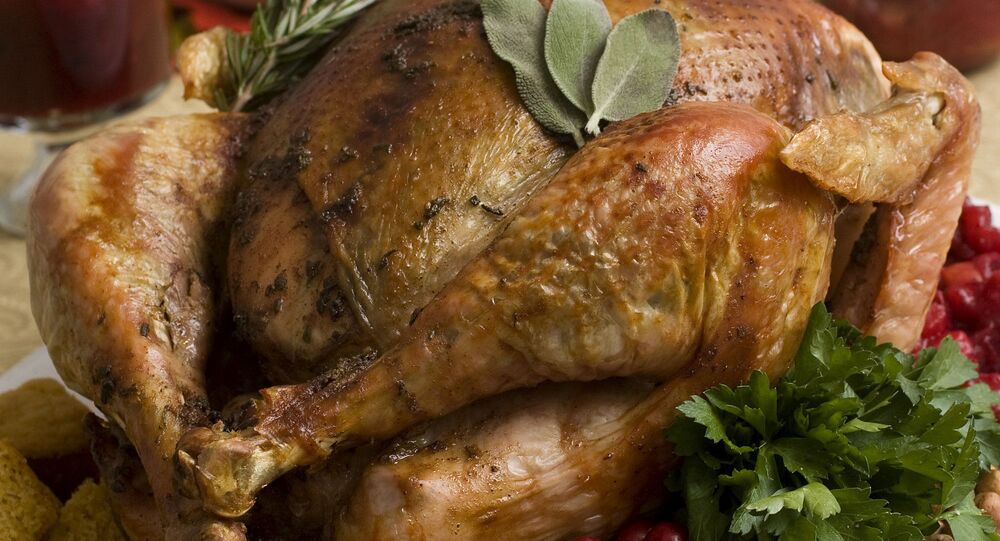 A new survey conducted by marketing research company OnePoll is leading grannies across the US to clutch their pearls after its findings revealed that 1 in 4 Americans believe turkey is one of the most overrated Thanksgiving dishes.

Commissioned by fast food company Hardee’s, the survey of some 2,000 participants also revealed that aside from turkey, many Americans also listed cranberry sauce (37%), sweet potatoes (27%), green beans (25%) and mac and cheese (24%) as overrated.

With more than a quarter of those surveyed stating that traditional dishes are getting worn out, some 45% of surveyed Americans indicated that they’ve already changed their Thanksgiving Day culinary lineup. Overall, 30% of the participants have already ditched the bird, and more than 60% of individuals noted they would be willing to do the same.

Officials found that the shift away from traditional Thanksgiving foods was largely fueled by the hourslong preparations that the dishes - especially the turkey - require for the grand November feast. Other reasons included a desire to lessen stress, keep Thanksgiving somewhat low-key and focus more time on creating memories with family members, which 69% of respondents indicated was their favorite part of the holiday.

Additionally, 35% of respondents noted that they’ve completely parted ways with the Thanksgiving kitchen showdown and have instead decided to enjoy their holiday meal at a restaurant.

According to Thrillist, a recent Harris Poll survey, which interviewed 2,000 individuals in the US, found that 68% of the participants loathe some traditional Thanksgiving day side dishes, even though they still scarfed them down because, you know, “tradition.”

Among Harris Poll’s most hated dishes were canned cranberry sauce, green bean casserole, sweet potato/sweet potato casserole, pumpkin pie and - drum roll, please - turkey. The survey also noted that 32% of surveyed millennials are not a fan of Thanksgiving leftovers, whereas 18% of baby boomers said they were not in favor.

Trump Gives Thanks to Trump on Thanksgiving

Alabama Cops Blame Innocent Man After Killing Him on Thanksgiving