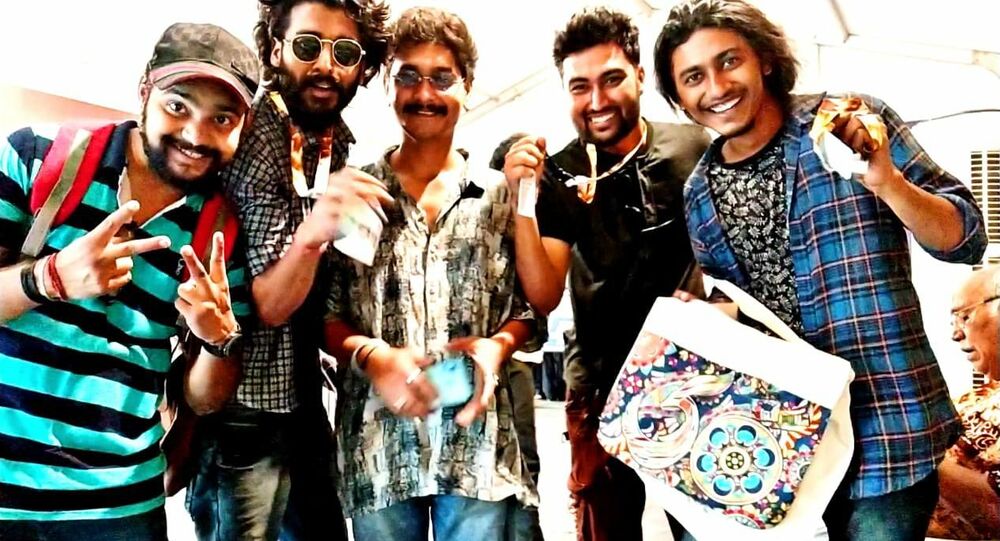 Panjim (Sputnik): The ever "Jhakaas" (awesome) Bollywood veteran, Anil Kapoor is one actor in India who constantly proves, "age is just a number". Participating in Asia’s equivalent to the popular Cannes Film Festival- International Film Festival of India- the actor advised budding artists to "derive their art from people around them".

The 62-year-old actor, who, in his 40-year career has played iconic roles like the invisible "Mr India" and comic Mumbai city goon, "Majnu Bhai" has said that he never wanted to be an actor, but he always aimed at being a character.

Honoured to be attending one of the most important ceremonies of the year. Thank you Hon. President @ram_nath_kovind for the invitation 🙏

While addressing a session titled "Director's Actor" at the eight-day International Film Festival of India (IFFI), going on in India's Goa, Anil said that he is obsessed with characters played by international actors - James Dean, Tom Hanks, and Nasiruddin Shah.

The actor also highlighted how he has been waiting for an opportunity to play a blind man on the silver screen.

The Oscar-nominated "Slumdog Millionaire"-actor called out to budding artists from across the world to keep going on auditions until they get their break.

"Today auditions can be sent via WhatsApp, or on Skype. Opportunities, movies, cinema are all just a button-push away. Back in our days, we would travel from city to city in rusty buses just to catch an archived movie", said Anil.

Addressing the difficulties in acting and writing, Anil advised the new artists to "derive their art from people around them".

Accompanied by Indian film director Anees Bazmee at the event, Anil said that he is "very fortunate, very blessed" to work with some great people in the industry.

Bollywood actress Tisca Chopra was also part of the "Director's Actor" panel at IFFI on Friday.

Asia’s equivalent to the popular Cannes Film Festival, IFFI aims at facilitating a common stage for artists from around the world to showcase the flavours of cinema from their regions. For its Golden Jubilee edition, the "Country of Focus" at IFFI 2019 is Russia.

Out of the eight Russian movies to be showcased here, “Abigail” by 30-year old Aleksandr Boguslavsky and “Andrei Tarkovsky: A Cinema Prayer” – a masterpiece documentary by Tarkovsky himself, who died back in 1986 - have emerged as two of the most talked about movies.