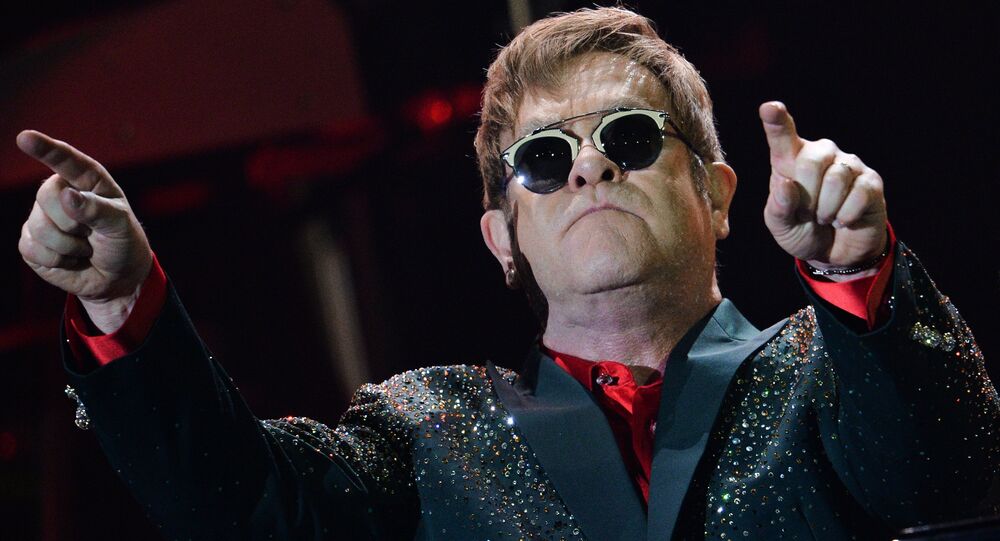 While much of his battle with Class A drug addiction is expected to be covered in a soon-to-be-published memoir, Sir Elton has also shared a couple of frank details ahead of the release, including his stint as a cocaine addict.

On Chris Evans’ Virgin Radio Breakfast Show, Elton John has recalled an episode from his heyday when The Beatles’ George Harrison told him to “stop putting marching powder up his nose".

Sir Elton recounted the musician’s golden tips as the host pressed him, asking what George Harrison’s “best advice” for him was.

Joining the chuckling Elton John, Evans went still further wondering how long “it has been now".

He also recounted The Beatles legend advising him to “play live” whatever it takes as “when you’re young, they’ll drop you like a five-pound note on the floor".

It is not the first time that Elton John has been candid about his substance abuse and other sensitive issues, as he dedicated a sizeable part of his recent memoir to the Class A drug addiction he battled.

For instance, speaking about an incident in mid-1983 when he was filming his I’m Still Standing music video, the music star recalled his agent telling him he’d literally ruined his entire hotel suite. Only he didn’t remember a thing about how he had inflicted the damage.

In one of the chapters of “Me: Elton John", the 72-year-old writes about taking the Class A drug, saying it left him like a “monster".

“Because I was doing coke, I wasn’t a rational human being any more. You become unreasonable and irresponsible, self-obsessed, a law unto yourself", he notes.