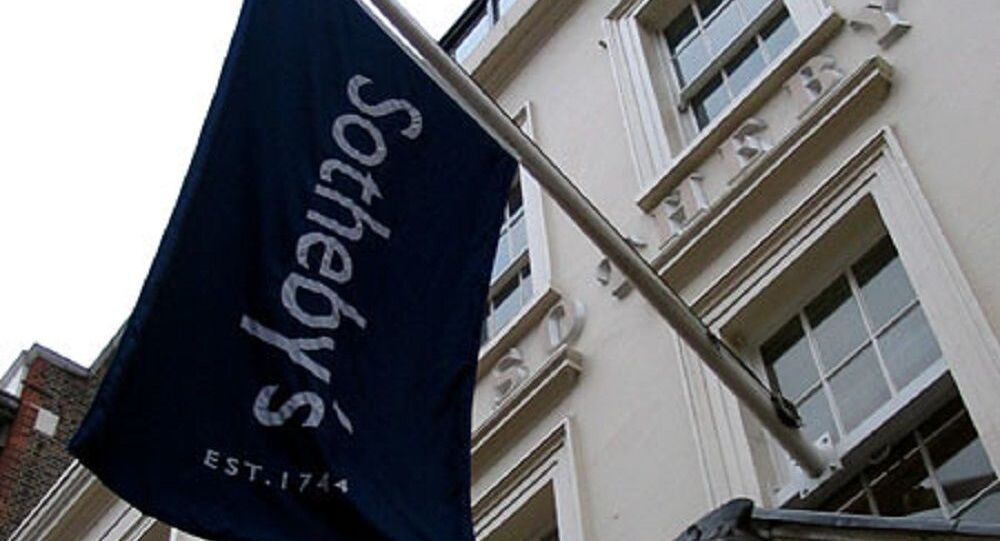 MOSCOW (Sputnik) - Sotheby's on Tuesday removed Banksy's sculpture The Drinker from an auction of contemporary art amid an entangled ownership row.

The Drinker is a 600-feet mock-imitation of Rodin's The Thinker. In a typical Banksy manner, the anonymous artist left the sculpture in one of London's streets in 2004.

Shortly after, rival artist Andy Link stole it and demanded that Banksy pay him a 5,000-pound "ransom" ($6,500) for The Drinker to be returned.

All that Banksy offered in return was reportedly 2 pounds for Link to buy a can of gas and set the sculpture on fire.

Three years later, The Drinker disappeared from Link's garden and its whereabouts remained unknown up until last week, when the sculpture was listed among Sotheby's auction lots.

Link then claimed that it were Banksy's people who stole the sculpture from his garden and that he had registered it with the police, all of which makes him a rightful owner of The Drinker.

“The work has been withdrawn in agreement with the consignor”, Sotheby's said, cited by the ART News newspaper.

The auction house reportedly contacted Link an hour before the sale was due to begin and specified that the decision to withdraw The Drinker had nothing to do with his ownership claim.

According to Sotheby's sale catalogue, the consignor obtained the sculpture directly from Banksy’s former dealer Steve Lazarides in 2014. If listed, The Drinker would sale for an estimated top price of 1 million pounds.