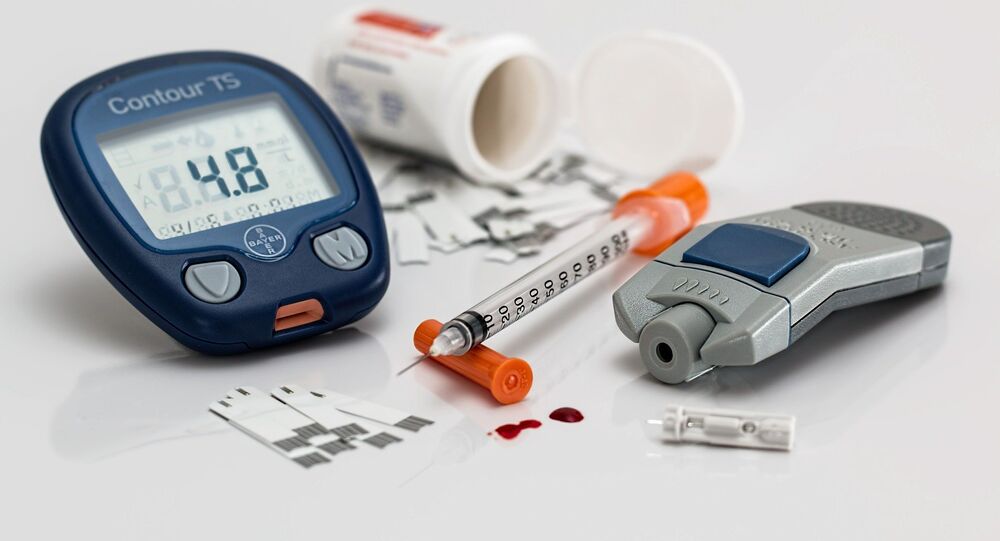 The International Diabetes Federation (IDF) released a report on Thursday stating that 463 million adults are currently living with diabetes worldwide, of whom more than half are undiagnosed.

Releasing the new figures on the same day as World Diabetes Day, researchers also noted in their findings that 38 million more adults are estimated to be living with the chronic disease, compared to their previously published data from 2017.

Officials indicated that Type 2 diabetes - when one’s body has difficulty producing enough insulin and fails to respond normally to the hormone after developing a resistance, which is often treated with a healthy diet and physical activity - accounted for 90% of the millions of individuals suffering from the disease.

The report explains that the increase in people suffering from Type 2 diabetes was driven by a variety of factors, including socio-economic, demographic, genetic and environmental components. It added that decreasing levels of fitness, greater urbanization and higher rates of obesity were found to be key contributors to the increase in Type 2 cases.

In regards to Type 1 diabetes - when an individual’s pancreas produces either very little or no insulin at all to sustain the body, which is treated by injecting insulin - researchers stated in their findings that cases were also on the rise; however, they did not provide an explanation for the increase.

An estimated 1.1 million children and adolescents under the age of 20 are living with Type 1 diabetes, according to the IDF’s 2019 edition of the Diabetes Atlas, which notes that cases are only predicted to skyrocket in the coming years.

Per IDF, estimates suggest that by 2030 there will be some 578 million adults with diabetes, and by 2045 an estimated 700 million with be afflicted with the disease.

"Diabetes is a serious global health issue that has a huge socio-economic impact that cannot be ignored," Professor Nam H. Cho, president of the IDF, said in a statement. "The rising prevalence of diabetes is a real cause for concern, especially when we consider the high number of people who remain undiagnosed.”

“We must do more to prevent Type 2 diabetes, diagnose all forms of diabetes early and prevent complications. We must also ensure that every person with diabetes has affordable and uninterrupted access to the care they need,” Cho added.

Other key findings by the IDF state that diabetes, which is listed as one of the top 10 causes of death in the US, has globally caused “almost half of deaths occurring in people under the age of 60 years,” and that the glucose-centered disease is responsible for roughly $760 billion of the US’ health expenditures in 2019.

But it’s not all doom and gloom. Researchers explained in their report that diabetes prevention and management can be improved by providing individuals with information regarding the disease and through the advancement of health systems. The report also suggests measures like sugar taxes, food labels and awareness campaigns for communities could slow the growth of the disease.

The report’s release comes just one day after the World Health Organization revealed Wednesday its initiative to reduce the price of insulin and expand access to insulin for diabetics in low- and middle-income countries.