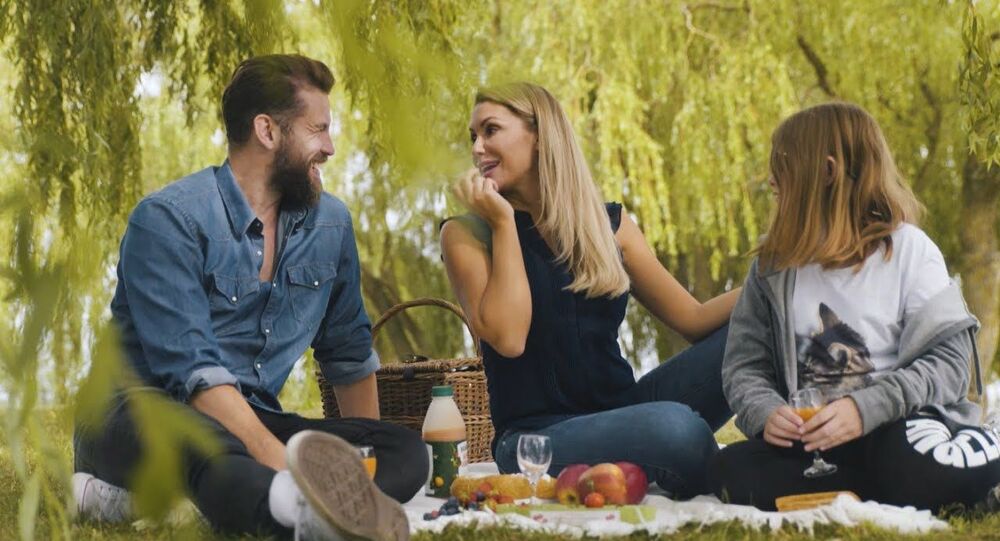 A tiny municipality in southern Sweden has stirred up a hornet's nest with a new commercial proclaiming that it's a safe neighbourhood, where ordinary Swedes can live and prosper.

Staffanstorp Municipality in Skåne County has incurred the enmity of mainstream media with its new commercial.

The film opens with a black and white scene from a dingy city full of graffiti, where some rowdy youngsters are seen harassing a mother and her daughter. The family then proceeds to move to Staffanstorp, where colour returns, and they get a new lease on life.

“Dreaming of improvement and striving for a better life is nothing but a sign of health”, the narrator says. “There are municipalities where security, elderly care, schools, and businesses really work. Where the inhabitants are proud of their municipality”, the narrator continues, adding “We welcome you with all our heart”.

The ad ends end with a slogan: “Staffanstorp, as the rest of Sweden should be”.

Moa Berglöf, former speech-writer for the Moderates' former party leader Fredrik Reinfeldt and now an opinion writer for the newspaper Sydsvenskan, linked the film to a recent outbreak of violence in Malmö, when an immigrant teenager was shot, and called it “the most cruel thing” she has seen in a long time.

“So while Malmö is in mourning, the Municipality of Staffanstorp is looking to put up a commercial that ... I don't even know. This is the most cruel thing move I have seen in a long time”, Berglöf tweeted.

​Last week, Berglöf attacked Staffanstorp in an opinion piece, calling the municipality “blue-brown”, blue being the colour of the Moderate party which calls the shots there, and brown referring to the brown shirts of Nazi Germany.

The Nazi trope was utilised by her fellow journalists as well.

​Furthermore, many found the fact that all the actors representing Staffanstorp staff were white disappointing, lamenting the perceived lack of diversity. Some even accused the municipality of promoting white flight.

“People read too much. We do not register ethnicity, we do not think about what skin colour people should have when we make advertisements”, the municipality's strong man Christian Sonesson told Expressen.

“What is strange is that a family looking for security can irk opinion journalists to a degree when they pay more attention to the film than real, tragic events that happen”, Sonesson told the news outlet Nyheter Idag.

By contrast, many on the right were excited about the film.

“Fantastically nice commercial for Staffanstorp. Describes the situation of many Swedes and their quest for a safe life in a secure society”, Sweden Democrats MP Björn Söder wrote.

“The thing with the Staffanstorp's movie is that virtually every normal person is likely to find it quite sympathetic, while the establishment becomes hysterical over it. The latter's reactions are a very useful reminder of the different worlds these groups live in”, a user mused.

​“I'm genuinely curious what caused the outrage. The fact that there are no one-legged actors? Blind? That no one is bald? Dyslexic? Sami? Wheelchair-bound? What is it?”, another one pondered.

One is racist, the other very good, nice and proper.

Can you guess which is which?”

​Staffanstorp is a town in Skåne County and a central place in the municipality of Staffanstorp. Located between the cities of Lund and Malmö, it has about 15,600 inhabitants.