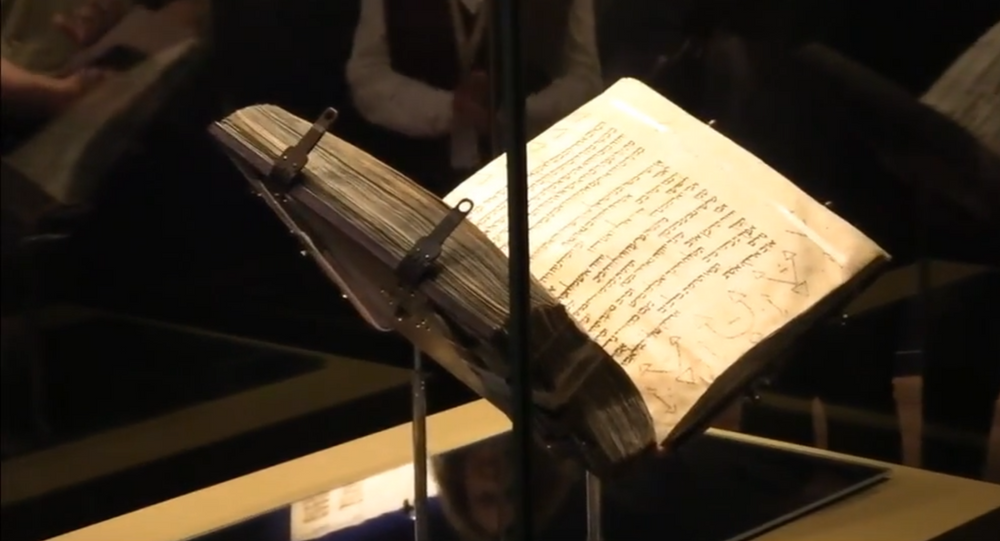 Video: 1,000-Year-Old Pentateuch Unveiled in Washington’s Museum of the Bible

One of the oldest Hebrew Bible manuscripts known to man was revealed to the public in an unveiling ceremony at the Museum of the Bible in Washington, DC, earlier this week.

The “Washington Pentateuch,” a 1,000-year-old manuscript that contains the first five books of the Bible - Genesis, Exodus, Leviticus, Numbers and Deuteronomy - was unveiled on Thursday as part of the museum’s “A Fence Around the Torah” exhibit.

According to the museum, which has been running since November 2017, the ancient Hebrew Bible was “used to establish the accepted text of Hebrew Bible for Jews, Christians and scholars.”

Prior to the creation of manuscripts such as the Washington Pentateuch, which may be one of the earliest books of any kind, holy texts were etched on scrolls made of animal skin or parchment.

“These are the first examples of actual books rather than scrolls," Professor of Classical and Modern Jewish and Hebrew Literature Dr. David Stern told the Jerusalem Post. "There are about 20 of them, but maybe five or six books as complete as this one, or more complete, and then probably about 10 or 15 more that have sizable portions."

Though the book has been in the possession of private collectors in Israel and London in recent years, the manuscript itself reveals tidbits about its life over the centuries.

"The standard Hebrew text was produced beginning in about the eighth century. And this particular example is from the 10th century, and it carries the texts that are still used today and forms the basis of virtually all modern translations." Dr. Jeff Kloha, chief curatorial officer at the Museum of the Bible, told JPost.

The details did not stop there, however.

"The colophon at the end of the manuscript actually has some information that damaged pages that were replaced in 1141," he added. "There's also a note that indicates that it was given as a gift in 1835 to an Archbishop in Crimea.”

The Museum of the Bible’s “A Fence Around the Torah” exhibit runs until March 29, 2020.

'It Was Not Cool': Months-Old Text Messages Mysteriously Sent Overnight to US Phones