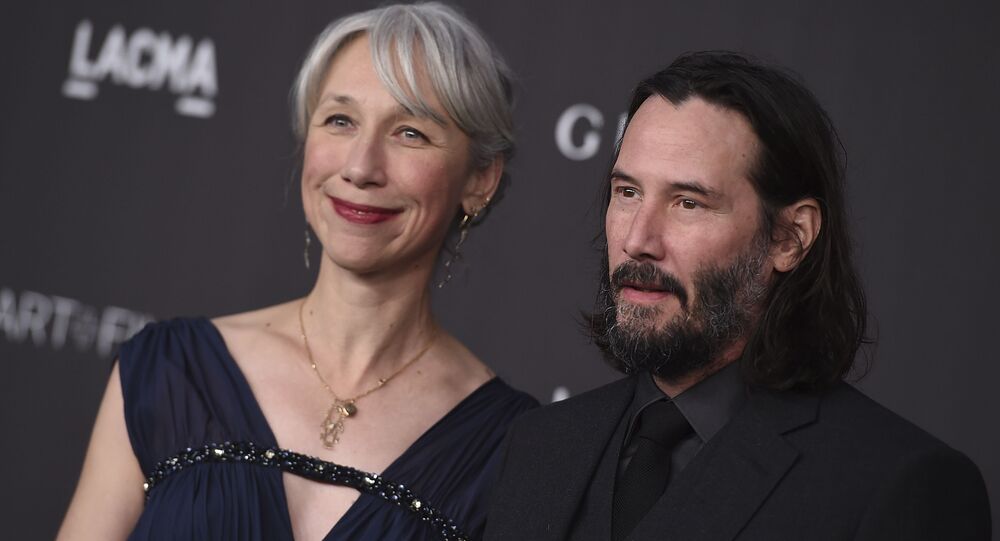 The Internet went wild over the weekend when Keanu Reeves, who has not been publicly seen in a serious relationship for decades since the death of his ex-girlfriend Jennifer Syme in 2001, arrived at an art gala with a date.

Canadian actor Keanu Reeves set social media ablaze this week after arriving at the glamorous LACMA Art + Film Gala on Sunday hand-in-hand with his old business collaborator and artist Alexandra Grant. Although the couple has been spotted together before, this time they looked particularly affectionate, immediately sparking dating rumours and a flow of comments on social media. Some Twitterians could not help but notice that 46-year-old Grant, who was wearing her natural silver hair during the event, strongly resembled English actress Helen Mirren.

I thought this was Helen Mirren

Helen Mirren has done well for herself.

I am happy for them, but very disappointed that this isn't Helen Mirren. THAT would have been amazing.

Mirren, who turned 74 in July, addressed the controversy on Wednesday when approached by ET at the premiere of her new movie The Good Liar.

“I saw that”, Mirren said when asked about flow of comments on social media, that highlighted the resemblance between the actress and Reeves’s new girlfriend. “That was very flattering on me, you know, because she's obviously lovely”.

“I do know Keanu very well. He did a film with my husband and he is just the most adorable, lovely person”, the English actress added, referring to the 1997 horror-thriller The Devil's Advocate, directed by her partner Taylor Hackford, whom she’d been married to for 22 years.

Grant and Reeves reportedly met in 2009 and have collaborated on two books together, Ode to Happiness and Shadows. They were also spotted at the Saint Laurent Men's Spring Summer show and the MOCA Benefit 2019 at the Geffen Contemporary this summer. 55-year-old Reeves has not been in any long-term relationship following the death of his ex-girlfriend, actress Jennifer Syme, in 2001, which was preceded by the stillbirth of their daughter Ave.