American millionaire and reality TV star Kim Kardashian has long been an advocate for US criminal justice reform, visiting the White House this summer and previously also lobbying for the pardon of several convicted individuals, including Alice Marie Johnson.

In a recent interview with The New York Times, Kim Kardashian opened up about her attitude towards Donald Trump by praising the job he’s done in relation to prison reform, while also revealing that on some political issues, such as immigration, she and the US president do not always see eye to eye.

“I focus on prison reform and the President has done amazing things in prison reform. I will also speak up when I feel like something is not how I feel like the world should be and that could be immigration or other things”, the American A-lister said while commenting on her recent visits to the White House.

“I’m very focused, there’s a lot that we have to get done in prison reform and I believe I will be more beneficial if I just focus on that at the moment. So I’m grateful for that relationship in that area and I focus on that”, she added.

Kardashian, who visited Trump’s office in June this year and again the following month, said that she did not understand why she experienced so much scepticism prior to her trips to Washington.

“But that was a big thing where so many people advised me, ‘Don’t go to the White House.’ And that didn’t make sense to me because I was like, if someone can get out of prison and get their life back versus my reputation of going to the White House — when there is only one person on this planet that can make the decision and that would be the president — and that was even a question for the media, that just absolutely didn’t make sense to me. I would go see anyone in power that would have that decision to change someone’s life”. 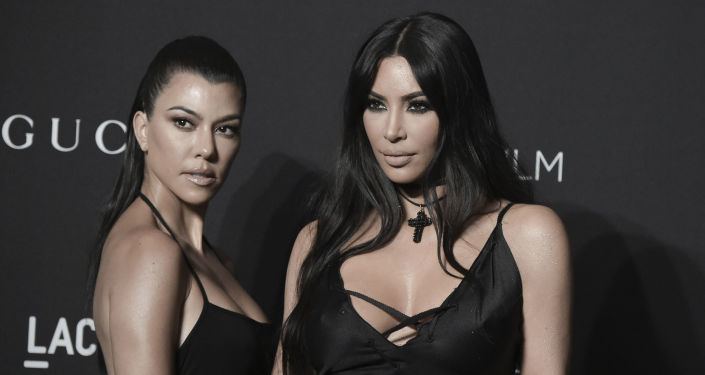 © AP Photo / Richard Shotwell
Remember Where You Came From: Kim and Kourtney Kardashian Baptise Their Kids in Armenia
Kim’s last visit to Washington was reportedly devoted to a discussion on the plight of American rapper Rakim Mayers, also known as A$AP Rocky, who was arrested in Sweden on suspicion of assault on 3 July.

The star of the “Keeping Up With the Kardashians” show recently sent her fans into a frenzy after revealing that had she started studying to become a lawyer, with the intent to pass the bar exam in 2022.