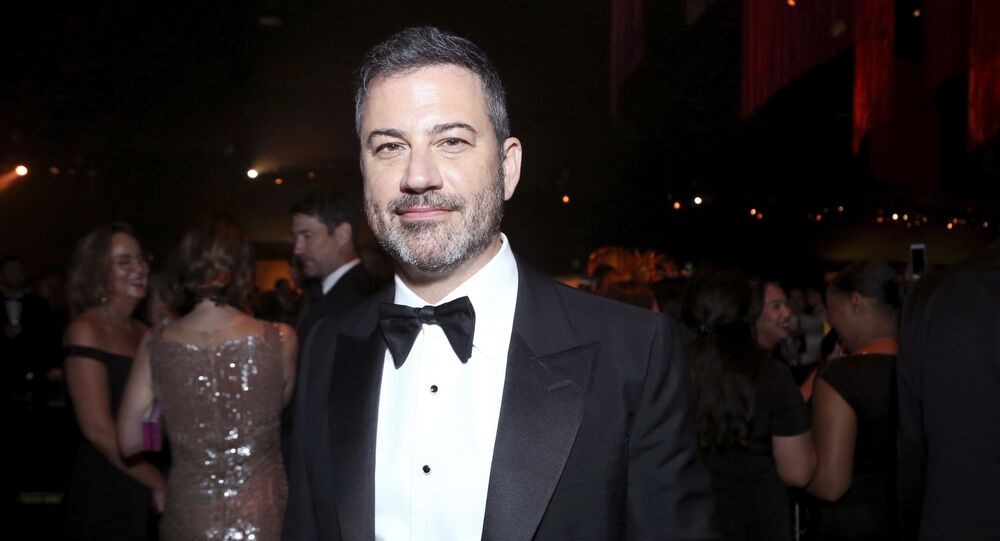 Since Donald Trump claimed victory in the 2016 US presidential election, political consultants and analysts have claimed the Democratic Party doesn’t have a candidate who can stand against the flamboyant Republican. Dear Democrats, fret no more. Jimmy Kimmel has a solution.

Late night show host Jimmy Kimmel claims genital herpes can defeat incumbent President Donald Trump in 2020. During the show, the 51-year old comedian commented on a Washington Post/ABC News survey that says all five Democrats running for president in 2020 are polling ahead of Trump, with Joe Biden leading the survey.

After that, Kimmel jokingly said that the businessman-turned-politician is also polling behind bedbugs, R&B singer R Kelly, who is accused of sexually abusing minors, slow Wi-Fi, warm coleslaw salad, actor Matt Damon and…genital herpes that, according to Kimmel, has a twelve point lead on President Trump. Incidentally, during the 2016 presidential campaign the flamboyant politician also polled behind Democrats and his main rival Hillary Clinton.

The late night host then took a jab at the president’s son, Donald Trump Jr. for writing a book that exposes fake news promoted by the mainstream media. Trump is not the first Republican Kimmel has attacked on his show, he lambasted Senate Majority leader Mitch McConnell branding him an “evil, soulless old creep".