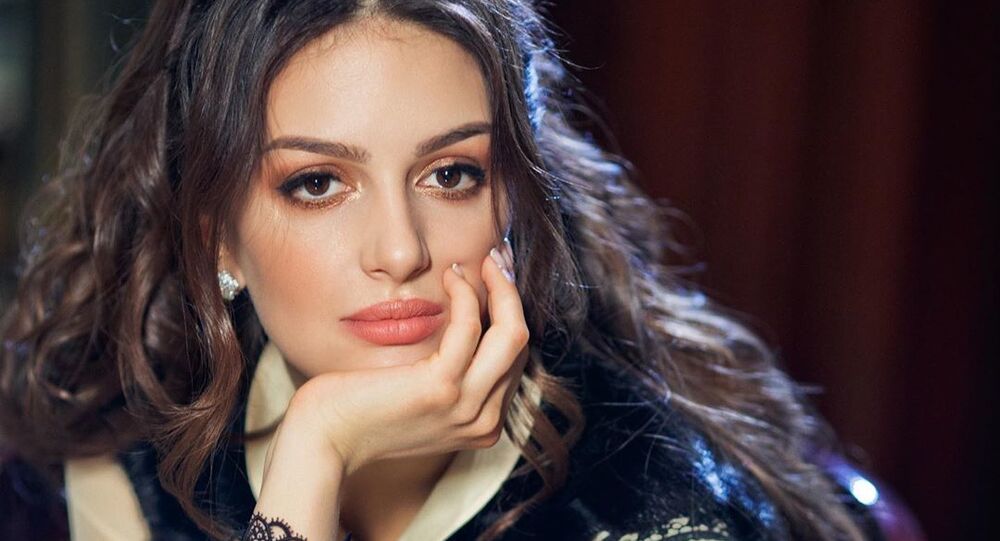 The Sultan’s former wife hinted that there’s some kind of secret reason for their breakup, but claimed that she isn’t ready to disclose it yet.

Oksana Voevodina, former Russian model and "Miss Moscow 2015" beauty pageant winner who made headlines last year due to her marriage to then-Malaysian King Sultan Muhammad V, has recently stepped forward to reveal the face of her son who she claims was sired by the royal, the Daily Mail reports.

According to the newspaper, the five-month boy, named Ismail Leon, “bears a striking resemblance to Sultan Muhammad V of Kelantan”, with Oksana pointing out how the boy “looks every bit like his father and he has this Asian-looking face.”

“I am enjoying every moment of my motherhood now and I am really sorry that (Leon's) father missed everything beginning with the day when he was born - and ending with kissing him, hugging him, spending time with him,” she said.

Voevodina also claimed that she and the Sultan started to plan her pregnancy practically since their wedding, and that he really wanted a baby.

“We went on our holiday, it was like a honeymoon because it was the holiday after our wedding reception in Malaysia. We went to Australia and I got pregnant there,” she reminisced.

Oksana also said that there’s some kind of secret reason for their breakup, but she’s apparently “not ready to speak about it yet.”

Last month, Voevodina also reportedly decided to go to a Russian court in order to recognize the Sultan’s paternity over Ismail Leon, in a move which follows her demands for a $30,000-a-month allowance for the child.

The sultan’s lawyer Koh Tien Hua, however, raised doubts over the boy’s paternity by saying that “there is no objective evidence as yet as to the biological father of the child."

Sultan Muhammad V and Oksana Voevodina married in a secret wedding in Malaysia in June 2018 followed by a lavish ceremony in Moscow several months later.

In January 2019, however, the Sultan abdicated from the country’s throne amid pressure from the Malaysian public and increased publicity his marriage caused, and a few months later ended their marriage via what the Daily Mail described as “the harshest form of Islamic divorce.”