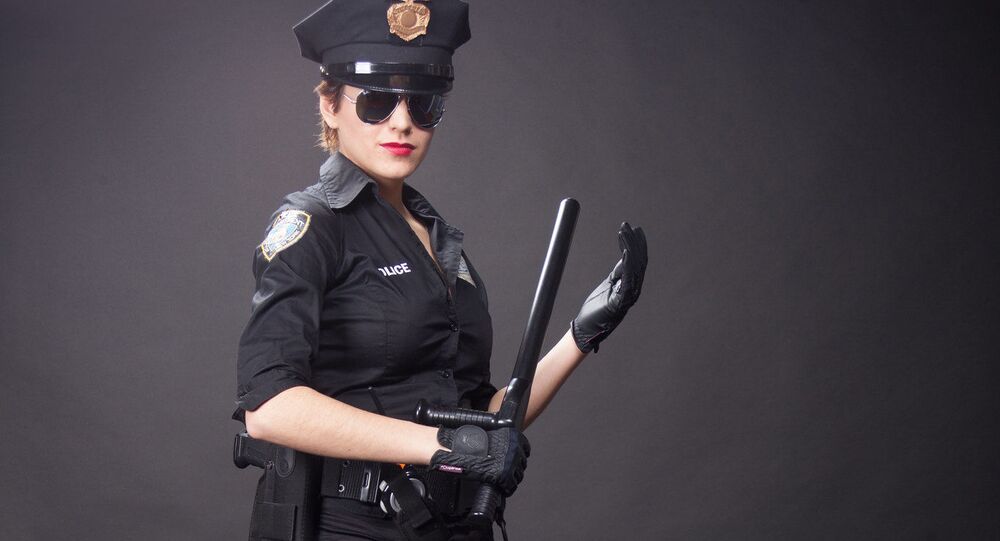 The former prison guard, who was a part-time model prior to her brief career as a corrections officer, was found guilty of getting too close to a convicted drug dealer.

Tara Brooks, a 34-year old ex-prison guard who lost her job Parklea Correctional Centre in Sydney earlier this year over an “inappropriate relationship” with one of the male inmates, made an appearance at the Maxim Hot 100 list party in what news.com.au described as “an unusual return to the spotlight.”

The fact that Brooks apparently didn’t make it onto the actual Hot 100 list did not stop her from strutting on the red carpet, wearing a blue sailor dress and with her hair in pigtails.

As the media outlet points out, Tara, who was a part-time model prior to her brief career as a corrections officer, was found guilty of engaging in an “intimate” relationship with Hassan Zreika, a 41-year old convicted drug dealer.

Even though her mental health assessment revealed that Brooks felt “incomplete, unfulfilled and inadequate” which may have led “to a romanticised view” of said relationship, the magistrate argued that it did “not diminish the moral culpability of the offender,” sentencing her to a two-year conditional release order.

In October, Brooks managed to successfully appeal the conviction, though the conditional release order remains in place.