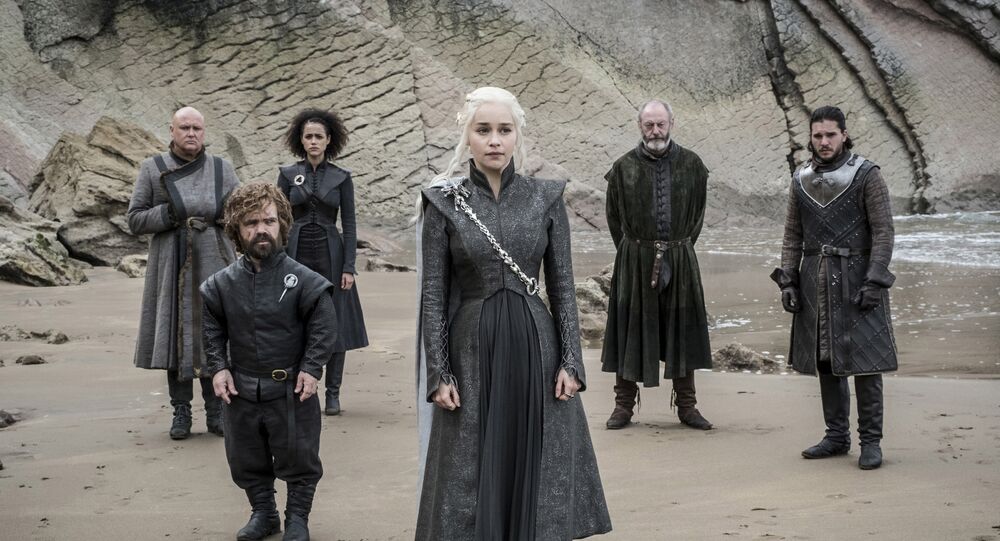 MOSCOW (Sputnik) – The HBO television network said on Wednesday that it had given a series order for the “House of the Dragon", a prequel to the iconic fantasy series “Game of Thrones” dedicated to the history of the Targaryen dynasty.

On Tuesday, the news outlet Hollywood Reporter said that another prequel for the Game of Thrones, which was going to focus on the first battle between the people of Westeros and the White Walkers, would not be moved forward because of HBO’s interest in another project.

"HBO has given a 10-episode, straight-to-series order to HOUSE OF THE DRAGON, a ‘Game of Thrones’ prequel co-created by George R.R. Martin and Ryan Condal", HBO said in a statement.

The series, which will be based on the "Fire and Blood" novel by George Martin, will focus on the history of House Targaryen that one of the key characters in the Game of Thrones – Daenerys Targaryen – belonged to.

HBO has ordered a Game of Thrones prequel series “House of the Dragon,” which will focus on the Targaryen dynasty, straight to series. https://t.co/laoD0kJzS2 pic.twitter.com/JO2uFdyWNu

"The 'Game of Thrones' universe is so rich with stories … We look forward to exploring the origins of House Targaryen and the earlier days of Westeros along with [showrunner] Miguel [Sapochnik], Ryan and George", HBO programming president Casey Bloys said, as quoted by the statement.

The Game of Thrones series (2011-2019), based on A Song of Ice and Fire series of fantasy novels by George Martin, focuses on the deep political crisis on the conflict-mired Westeros continent, which erupted after the fall of the Targaryen dynasty that previously ruled there for centuries.