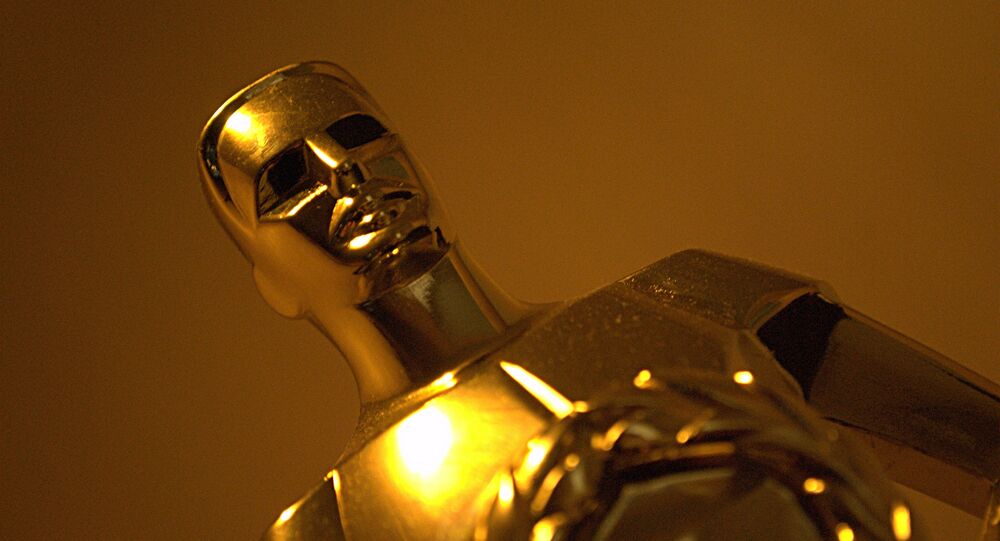 MOSCOW (Sputnik) - US film director David Lynch received an Honorary Oscar for his services to the film industry at the award's eleventh ceremony held on Sunday in Los Angeles, the Academy of Motion Picture Arts and Sciences said.

"David Lynch, a man of few words, accepts his Honorary Oscar", the academy said on Twitter.

As expected, the director was brief during his statement. "You have a very interesting taste", Lynch said, receiving the award.

Native American actor Wes Studi and Italian director Lina Wertmuller were also awarded Honorary Oscars for creative achievements throughout their lives and outstanding contributions to the industry. The three recipients were announced back in June.

The Academy Honorary Award (previously known as Special Award) was instituted the 1920s to reward significant contributions of the year that did not fit in the existing categories.

Lynch is known for his surreal and puzzling thrillers, such as Blue Velvet (1986), Lost Highway (1997), Mulholland Drive (2001), and Twin Peaks television series.