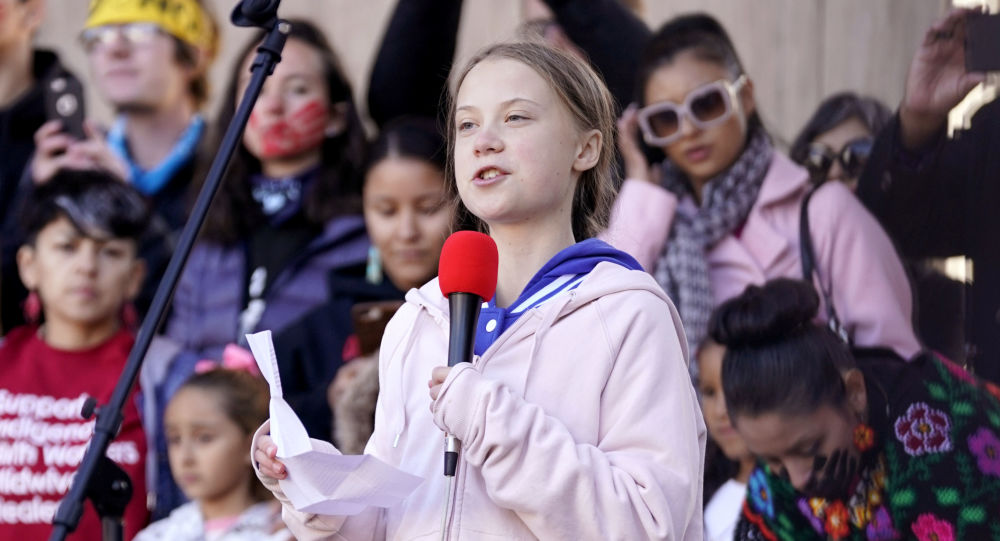 Teenage climate activist Greta Thunberg, who against the odds missed this year's Nobel Peace Prize, has accused Facebook of a lack of fact-checking and a failure to act on hate speech, and facilitating threats of death and violence.

16-year-old “Climate Greta”, as she is often referred to in her native Sweden, demanded that Facebook stopped people from spreading “conspiracy theories” and “lies” about her and admitted that she is seriously pondering quitting the platform altogether.

“I am, like many others, questioning whether I should keep using Facebook or not. Allowing hate speech, the lack of fact checking and of course the issues of interfering with democracy are among many, many other things that are very upsetting,” Thunberg wrote.

According to the figurehead of the Fridays for Future movement, where tens of thousands of schoolkids walk away from school to demand more strenuous climate action from their respective governments, the “constant lies and conspiracy theories about me and countless of others” result in “hate, death threats and ultimately violence”.

The juvenile climate guru also warned that several people have been trying to “impersonate” her or falsely claim that they “represent” her in order to communicate with political leaders, famous actors, singers and musicians.

Thunberg suggested that this could easily be stopped if Facebook wanted to and said she found this “lack of responsibility” very disturbing. She also suggested that change was inevitable, once the social media giant is challenged enough, encouraging her followers to apply more pressure.

In her tirade, Thunberg embedded the video of Facebook CEO Mark Zuckerberg being grilled by the US Congress. Confronted by the House Financial Services Committee, a seemingly uncomfortable Zuckerberg struggled to answer hostile bipartisan questions.

Facebook has been in hot water, attacked from both the left and the right on an array of issues, ranging from the company's handling of political ads and efforts to combat misinformation ahead of the 2020 presidential election to its perceived bias against conservatives.

Greta Thunberg is currently touring North America, where she has met a mixed reception. While her public appearances never fail to gather a cheerful crowd of her supporters, including politicians and celebrities, her rhetoric has also sparked protests and controversy. The past weekend, a Canadian mural depicting Thunberg was defaced in an act of protest against the anti-fossil fuel narrative promoted by the teenage climate activist.

​Greta Thunberg entered the spotlight after her solitary protest on the steps of the Swedish parliament in Stockholm in 2018. This year, she became an international celebrity, amassing a plethora of awards. So far, her fame has peaked with a strikingly combative speech on climate change before world leaders at the UN General Assembly, where she accused them of "stealing her childhood and her dreams".