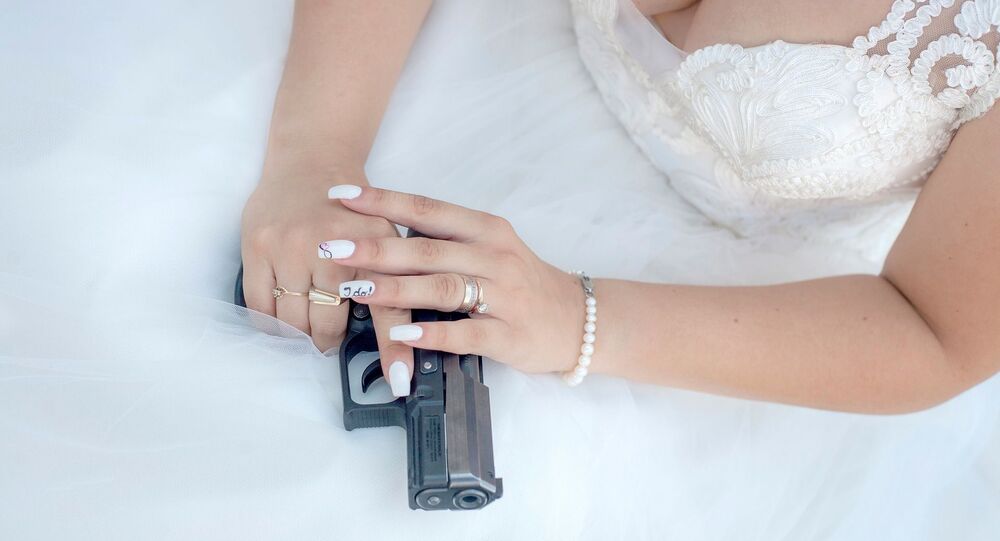 Police have seized 30 weapons from Rada Keckman and her friend. Reports say that the popular singer may be involved in a criminal gang and might turn in the group’s members.

Eye-popping Serbian singer Rada Keckman was arrested after a police raid found weapons at an apartment that she was staying in. The footage, posted online, shows police officers entering the apartment at night and discovering weapons. Keckman was detained together her friend, who was later identified as Swedish national Svetozar Zivkovic.

Police found two automatic rifles at the singer’s apartment and 11 gas pistols that had been converted into firearms, 10 silencers, and ammunition, as well as several rifles at her friend’s apartment. In addition, law enforcement officials seized several cell phones and a laptop. Keckman’s arrest has shocked Serbia’s public, which is closely following the news. Police reportedly suspect that the singer and her friend serve as a link in a criminal gang.

According to reports, Keckman and Zivkovic were charged with illegal possession, as well as carrying and trafficking of weapons and explosive materials. An investigation is now trying to establish where the pair got the weapons and where they were supposed to transport them.