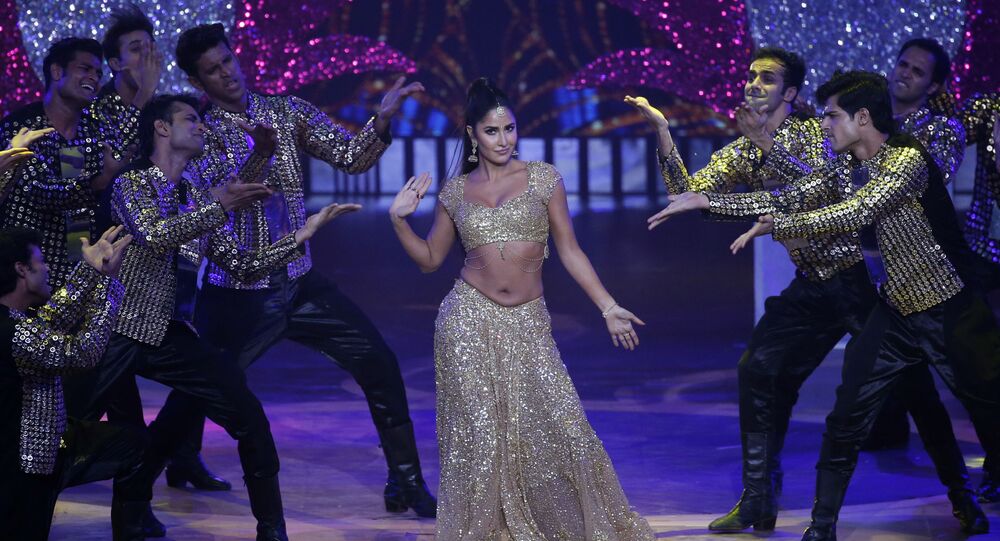 New Delhi (Sputnik): Bollywood actress Katrina Kaif has been making waves online ever since announcing that she has set her foot in the beauty industry.

The British-Indian actress launched her beauty brand Kay By Katrina on Tuesday with an upbeat video, becoming the first Bollywood celebrity to come up with her own make-up line.

​Baywatch actress Priyanka took to her Twitter to say that she can’t wait to try the makeup products.

Love this! All the very best #KatrinaKaif for #KayByKatrina.... can’t wait to try ❤ pic.twitter.com/4I3QRa2ePV

Congratulations to my friend @katrinakaif for setting up her own beauty brand - @kaybykatrina ! More power to u and may it be a huge success!

Bollywood megastar Salman Khan, an ex- boyfriend of Kartina, shared the video, saying: “What is Kay beauty doing out in the stores ... it should b in ur homes on ur dressing tables and on ur face without being in sum1’s face....”.

What is Kay beauty doing out in the stores ... it should b in ur homes on ur dressing tables and on ur face without being in sum1’s face.... Kay beauty out now in stores and on nykaa.com! Follow @kaybykatrina now!

Hrithik Roshan, who paired up with Katrina for her film “Zindagi Na Milegi Dobara”, shared a heartfelt message for Katrina on Instagram: “You have always been one of the most hardworking co-stars I have worked with. A go-getter in every sense of the word. I am so proud of your new venture, Katrina Kaif. My best wishes to you and the team. Anything you create cannot be less than spectacular... Keep shining".

Launching her beauty brand, Katrina Kaif said that Kay Beauty is "a bridge between high glamour and care", as makeup has always been an intimate part of her journey from a model to a Bollywood actress. She went on to say that she has created a brand that truly stands for what she believes in.

"I'm always on the clock, always on the run, with endless shoots that involve me wearing make-up all the time. As much as I love the look and feel of it, I do wish my skin felt as comfortable, as I did wearing it", the Indian daily Economic Times quoted Katrina as saying.