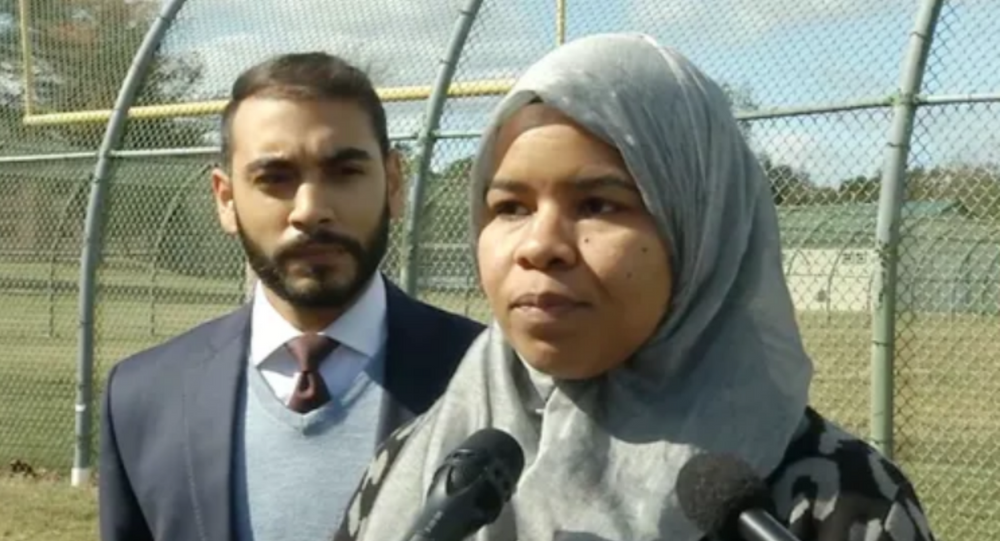 Madinah Brown, a Muslim woman who lives in Delaware, has accused her employer of ordering her not to wear her hijab to work.

Brown, who works at the New Castle County Detention Center, has filed a complaint with the Equal Employment Opportunity Commission, a federal agency responsible for dealing with workplace discrimination cases.

The complaint states that Brown applied to work at the center in October 2011. Before her interview, her friend, who had experience working at a state correctional facility, told her not to wear her hijab to the interview. However, Brown decided to wear her hijab and was declined the position.

Two months later, she reapplied for the same position at the detention center, this time forgoing a hijab for the interview, and she was awarded the position. She started working at the detention center in February 2012. In 2014, Brown wore her hijab to work and was told by one of her supervisors she could not wear it for “safety reasons.” Even though Brown agreed to modify her hijab to be detachable to address security concerns, her supervisors did not approve the garment.

“Delaware was required to accommodate Ms. Brown’s sincerely held religious beliefs, unless doing so would impose undue hardship. Wearing a hijab does not pose an undue burden. Delaware prohibited Ms. Brown from wearing a hijab because they stated it posed a security and safety risk. Yet, Ms. Brown proposed a solution that would mitigate the potential safety hazards Delaware cited, with no cost to Delaware,” the report states.

In August, when Brown had issues with the metal detector at the facility, a supervisor yelled at her, “Now you’re looking like a terrorist” in front of other employees. It is unclear if Brown was wearing a hijab during this incident.

"This is a clear example of religious discrimination and the state of Delaware has no basis from preventing Madinah from working with her hijab on," Zanah Ghalawanji, an attorney for the Council on American-Islamic Relations (CAIR), is quoted as saying by Delaware Online. CAIR is representing Brown.

According to the Delaware Department of Services for Children, Youth and Their Families, which supervises the detention center, its actions toward Brown were not an attempt at stifling “religious freedoms.”

"We must carefully balance our strong support of religious freedom with the need to keep youth and staff safe," the statement reads. "In some instances, a person's job may require them to do certain actions, such as the physical restraint of a youth, that makes wearing some religious clothing unsafe."