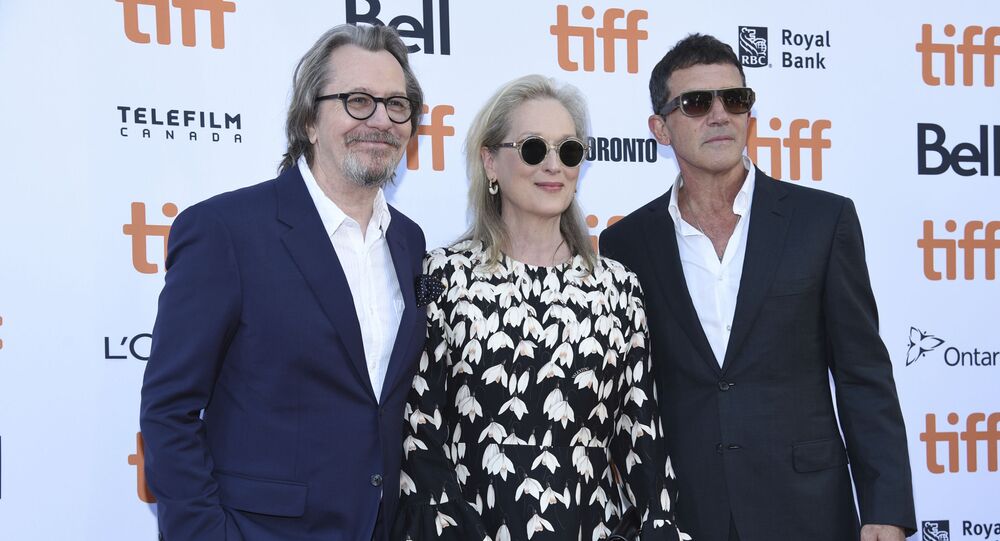 The founders of Mossack Fonseca & Co. have filed a defamation lawsuit against Netflix, claiming the streaming platform’s new movie “The Laundromat” paints the pair in an unfavorable light amid an ongoing FBI investigation that stemmed from their law firm’s 2015 data breach.

Jürgen Mossack and Ramón Fonseca, along with Mossack Fonseca & Co. and Bufete Mf & Co., filed a 42-page defamation lawsuit against Netflix in a federal court on Tuesday that seeks to delay the film’s October 18 Netflix release until a number of advisories are added and further edits take place.

While Mossack Fonseca & Co. shut down in 2018, the law firm now operates under the name Bufete Mf & Co.

According to the court document, filed in the US District Court for Connecticut, Mossack and Fonseca are requesting a temporary restraining order against Netflix, and want the company to add a disclaimer for viewers of “The Laundromat” that confirms the pair “have never been convicted of money laundering, tax evasion or any financial crime or conspiracy to commit such crime, and that views expressed or implied in the movie do not, and are not, meant to constitute proof to the contrary.”

Furthermore, the plaintiffs are seeking the court to prohibit Netflix “from using and/or tarnishing” Mossack Fonseca & Co. without written consent or permission from the company.

According to Mossack and Fonseca, they both remain subjects of an FBI investigation, and Netflix’s failure to carry out these actions would violate the men’s fair trial rights and could result in investigators tacking on additional charges.

In a Wednesday court filing, Netflix entered a motion to have the case dismissed or moved to the US District Court for the Central District of California, as none of the plaintiffs are residents of the state of Connecticut and the majority of the film was shot in California. The streaming company’s headquarters is also located in Los Gatos, California.

“The Laundromat,” which is expected to be available for streaming on Friday, is described by Netflix’s website as a “sly exposé of the Panama Papers” - the notorious 2015 data breach that resulted in the leaking of over 11 million documents from Mossack Fonseca & Co. that revealed how and where some of the world’s richest individuals hide their wealth.

On a separate front, the film has also received harsh criticism from social media users insulted by Meryl Streep’s performance. Streep plays two characters. The first is Ellen Martin, a widow whose husband died when a dream vacation went awry, which leads her on a mission to take down the law partners as she seeks an insurance settlement. Streep’s second character is a Panamanian secretary at the law firm. A number of netizens expressed their displeasure with Streep not only “taking” the second role from someone they would deem a more fitting actress, but also her alleged use of a prosthetic nose and makeup to appear tanned within the film.

Great to see every single question at the Q&A be about how great Meryl Streep is as a person (she is) yet nothing on her playing a latina character including a nose prosthetic.

...... meryl streep is playing a latina? even tho she has the whitest genes in the history of white genes?

In addition to the FBI investigation of Mossack and Fonseca, the duo is also facing at least two charges leveled against them by Panama prosecutors.

It’s unclear whether the Connecticut District Court will issue a ruling prior to the Friday premiere.