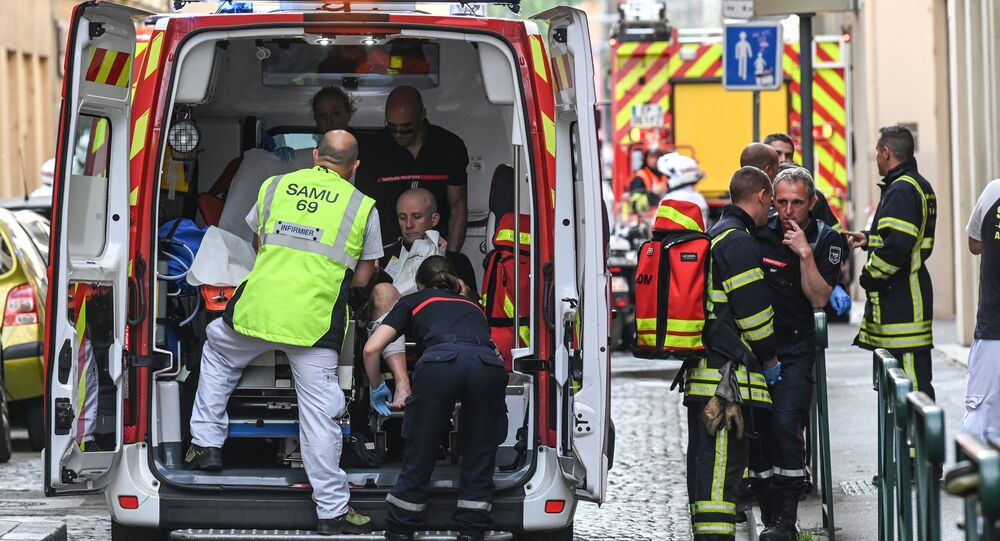 A woman in France died and another was severely injured after a fair ride malfunctioned on Monday during a town’s annual “funfair.”

The unidentified victim, 24, was on the spinning ride at a fair in central France’s Firminy when the pod she was sitting in broke off from the central mast and fell around 33 feet to the ground. Another woman, 20, was severely injured and rushed to the hospital after being on the same ride. It is unclear if she was sitting in the same pod as the woman who lost her life.

A video of the incident shows the pod breaking off from the mast.

Warning: Video footage may be disturbing for some viewers.

The 24-year-old woman was pronounced dead at the scene. Four people believed to be either owners or operators of the swing carousel have been taken into custody following the incident. Experts have also been dispatched to the scene to determine exactly what caused the disaster.

A funfair with 250 rides is held in Firminy every October; the event attracts around 100,000 visitors annually.

In March 2018, during a funfair event in Lyon, France, a man died when a similar swinging ride collapsed, flinging people out of 14 pods, AFP reported.

At Least One Dead, Several Missing After Hard Rock Hotel Under Construction Collapses in New Orleans