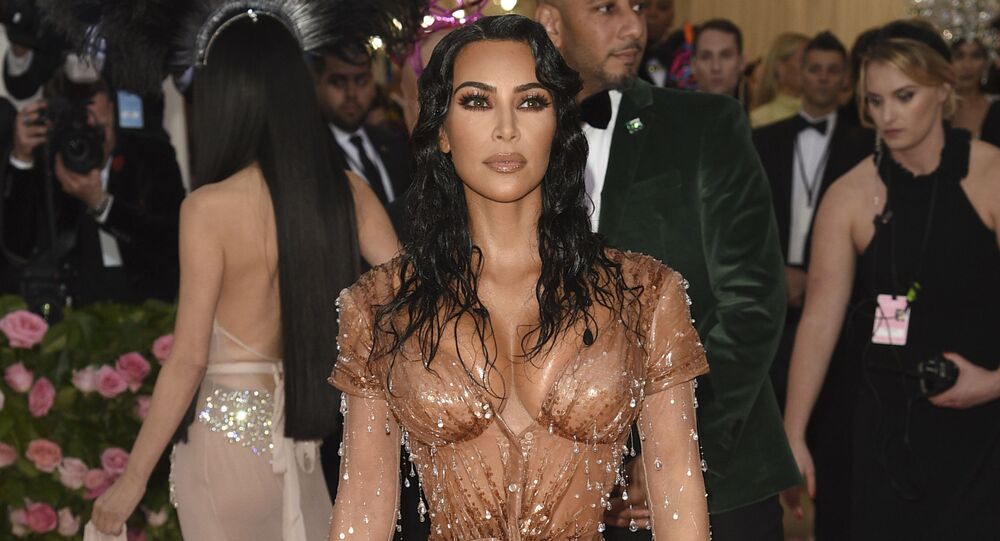 Speaking, or better said, rapping in a recent episode of the Keeping up With the Kardashians, newly-minted church-goer and Gospel preacher Kanye West claims the “vibe” of his wife’s sexy appearance is something that he can’t ignore as it hurts him as her husband.

One doesn’t have to be a Kim Kardashian fan to well remember the head-turning outfit that the US diva paraded in at the Met Gala show in May. It was something out of the ordinary indeed - a gravity-defying nude-rose corset coupled with a mid-lengh dress that hardly left her any chance of sitting down.

The look was designed to look dripping wet, as if Kardashian, with her glam makeup focused on taupe smoky eyes, had just left the water like a sea-foamed Aphrodite, just to walk up to the Upper East Side of Manhattan  without drying off.

Reportedly the result of eight months of careful planning, it appears the outfit almost didn't make it to the Met Gala, a typically glittering feast of fancy dresses and role play.

As revealed in Sunday night’s episode of Keeping Up with the Kardashians, husband Kanye West didn’t actually approve her choice, rapping unambiguously:

“Like, the corset, the underwear, all that vibe", he begins in the clip, getting further absorbed into his monologue. “I just feel like I went through this transition from being a rapper, like, looking at all these girls and looking at my wife like, ‘Oh, my girl needs to be just like the other girls showing her body off, showing this, showing that'".

Hearing this, the hotel bathrobe-wearing Kim continues to sit pressing a button on her iPhone, apparently making believe she doesn’t hear what her husband is saying.

Kanye continued still further, moving on to his newly found spirituality, in light of his weekly preaching at a church:

“I didn’t realise it was affecting, like, my soul and my spirit", West adds, asking rhetorically, “A corset’s like a form of underwear, it’s hot. It’s hot for who though?”

The camera then segways to a squad of Kim’s assistants, who roll their eyes having heard what Kanye raps, with Kardashian weighing in complaining about becoming anxious in the wake of her husband’s rant.

“You are my wife and it affects me when pictures are too sexy", Kanye rounds off provocatively.

Since January, West has been reinventing himself as a semi-religious leader, headlining Sunday Service gospel concerts in a church not far from where they live in Wyoming. He has attracted a whole congregation of other A-listers, including Brad Pitt, Justin and Hailey Bieber, and others while also opening up his gospel “services” to the public in New York.