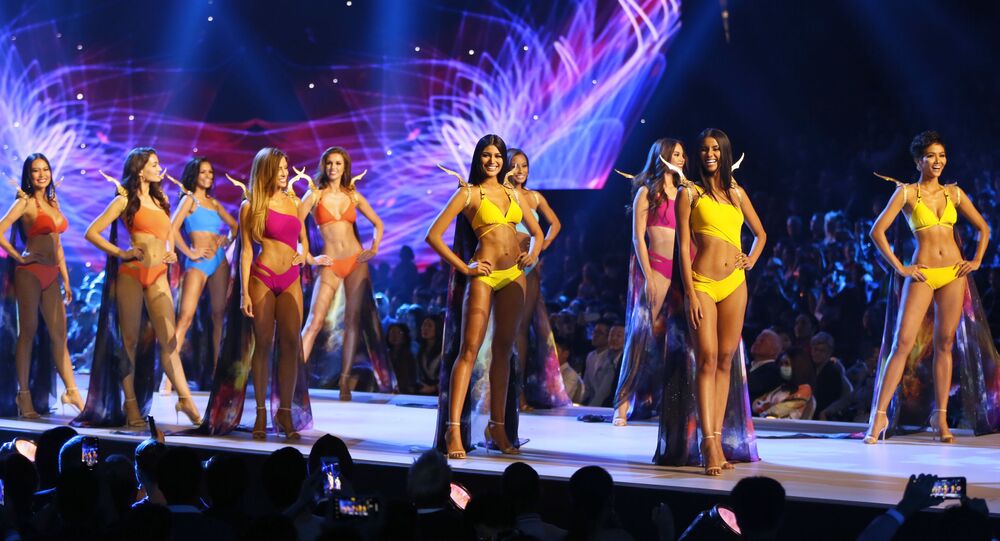 ‘Like Sausage’: Girl Accuses ‘Miss France’ Jury of Fat-Shaming After Being Barred From Competition

France’s annual beauty pageant, set to be held on 14 December, has already received widespread attention among the French public this year after a local contestant claimed to have been dismissed from the competition based on her weight.

Amandine Billoux, 24, has accused the jury of the national beauty contest "Miss France" of disqualifying her due to her weight after she was not selected at the regional competition in Auvergne, a contestant revealed to the radio station France Bleu Pays d’Auvergne.

Billoux, who has size 42 and was initially invited to the beauty pageant via a Facebook message, said she was voted first runner-up for the regional competition, which is slated to be held on 18 October, but then after participating in a preparatory day on 28 September, she was cut from taking part in "Miss Auvergne". In an official email that Billoux received the next day, she was told that her piercing was the reason for her suspension, but the young contestant disagrees, arguing that many beauty pageants also had piercings and remained in the competition anyway.

“If it's not because of my weight, what are the reasons?” Billoux asked during the radio programme, insisting that she matched all the other criteria. She also revealed that several days after her dismissal, she received a phone call where she was told that her size and weight were the real reasons for not being selected for the regional competition.

“I've been made to understand that compared to other girls, I'll pass for a boudin [type of French blood sausage]”, Billoux shared during the radio broadcast by France Bleu Pays d’Auvergne.

The incident eventually attracted wide publicity, even prompting the national director of "Miss France", Sylvie Tellier, to reply to the contestant’s accusations by strongly defending the local committee’s decision, saying that it “did not have to be justified”, according to an interview Tellier gave to Femme Actuelle.

“To qualify for a regional election, you must have had a title. Amandine Billoux did not get one. She was the runner-up in a local election and therefore did not have direct access to the Miss Auvergne election”, Tellier explained. “In this case, delegates may have to select young women on file but the delegate did not wish to keep it for this catch-up session. I defend the delegate, who does not have to give an explanation for his decision”.

Tellier, who was selected Miss Lyon in 2001 and Miss France in 2002, also said that as long as she remains the director of the competition, “we will never weigh the candidates. Moreover, we never ask for their measurements and it is the public who vote in the region”.

Billoux did not respond to Tellier’s comments, but one of her recent posts on Instagram said “all women are beautiful, beauty is not a number".