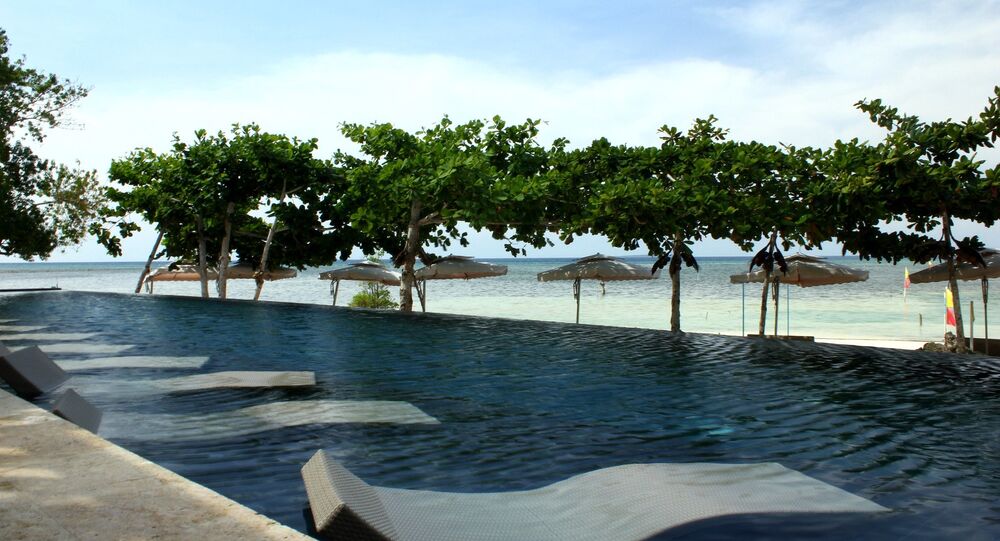 Leaving Nothing to the Imagination: Taiwan Beauty Fined for 'String' Bikini at Philippine Resort

Photos of a young female tourist from Taiwan have made the rounds on Philippine social media, after she was spotted by other vacationers and locals wearing a not-so-subtle bathing suit.

A female Taiwanese tourist has been fined 2,500 pesos ($50) for wearing a bikini in the Philippines' Boracay Island, later described by one police officer as “literally a string”, after her scantily-clad photos went viral, the Philippine Daily Inquirer reported.

Photos of the young tourist wearing a string two-piece bikini circulated on social media for several days catching attention of the The Boracay Inter-Agency Rehabilitation Management Group on Wednesday, which directed the island's police to identify the tourist and summon her to the station.

“Several residents and tourists took photos of her on Wednesday and Thursday because of what she was wearing", Malay town police chief Major Jess Baylon told the Philippine Daily Inquirer, informing that on 9 October the tourist wore a white string bikini followed by a red one the next day with a similar design.

“It was literally a string", Baylon added.

The woman, who remains unidentified, was taken to the police station along with her boyfriend and a hotel representative on Thursday. She did not find anything “wrong” with her attire, something which she regularly wears back in Taiwan, according to the police report, and considered it “a form of expression and of feeling comfortable with her body", Major Baylon said.

“Maybe it is her way of expressing how they appreciate the beauty of the island and the beauty of her body. But in our conservative culture, it is unacceptable", Baylon later told Panay News.

However, the authorities could not find a provision prohibiting the wearing of allegedly “indecent” clothes and the tourist was instead given a ticket based on an ordinance forbidding the taking and displaying of “lewd” photographs.

While authorities in Manila have warned tourists to “respect the country’s culture and traditions” following the incident, netizens nevertheless remained divided on the issue, with some of them believing that there was “nothing” wrong or inappropriate about the tourist’s appearance, while others criticised the authorities for being biased and hypocritical.

I see nothing wrong with this bikini. But I feel I ought to see an uncensored photo so that I can make a more informed judgment.https://t.co/iRtmxhfRTF

"Disrespectful to Filipino culture". Yeah, the culture has been attacked by a naked body covered by a string bikini.https://t.co/PsEpQzaJgX

Boracay Island is a popular tourist resort in the Philippines. One of its beaches has been closed for four months, following an incident when a woman was spotted burying her child’s dirty diapers in the sand, with the government ordering to clean the area up and calling it a “cesspool”.