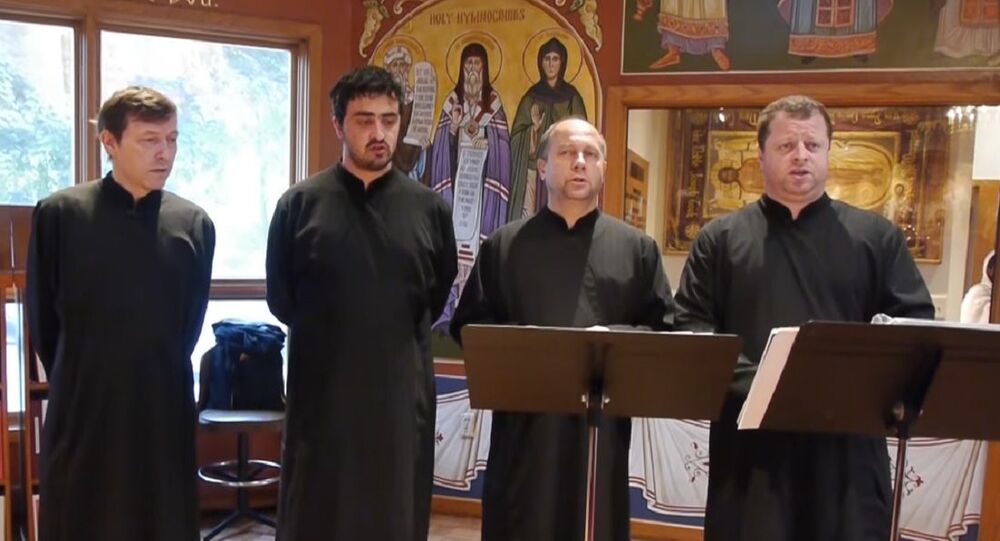 WASHINGTON (Sputnik) - The church music of Russia is often a real revelation to everyday Americas, most of whom know nothing about Orthodox Christian culture, Igor Dmitriev, the director of Konevets Quartet, a famous Russian a cappella group, told Sputnik.

Founded in 1992 at the Monastery of the Holy Nativity on Konevets Island 161 km (100 miles) away from St. Petersburg, the male quartet became one of the leading vocal ensembles in Russia, performing the sacred music of the Russian Orthodox Church and folk songs in different countries. In the United States, the group performed a series of concerts and sang during the liturgies at a number of churches.

He expressed hope that some people may come to the church and learn about Orthodoxy closely.

On Tuesday, the Konevets Quartet will present the programme of canons and popular folk songs Music Without Borders at the Russian Cultural Center in Washington.

During this trip, Konevets Quartet has already performed in churches and concert halls in Washington, Pittsburgh, Cleveland, Chicago, Toronto, and other US and Canadian cities.

"Church music is our major speciality, and we prefer to perform it in churches, where acoustics is inimitable", Dmitriev said.

The Konevets Quartet has participated in leading international festivals in Russia, the UK, the US, France, Italy, Ireland, and other countries. Originally the quartet featured divine liturgies. The musicians gave their first concerts for the workers, pilgrims, and tourists at Konevts Island.

The Konevets Quartet has participated in leading international festivals in Russia, the UK, the US, France, Italy, Ireland, and Scandinavia.

Holy Fire Brought to Russian Orthodox Cathedral in US Capital