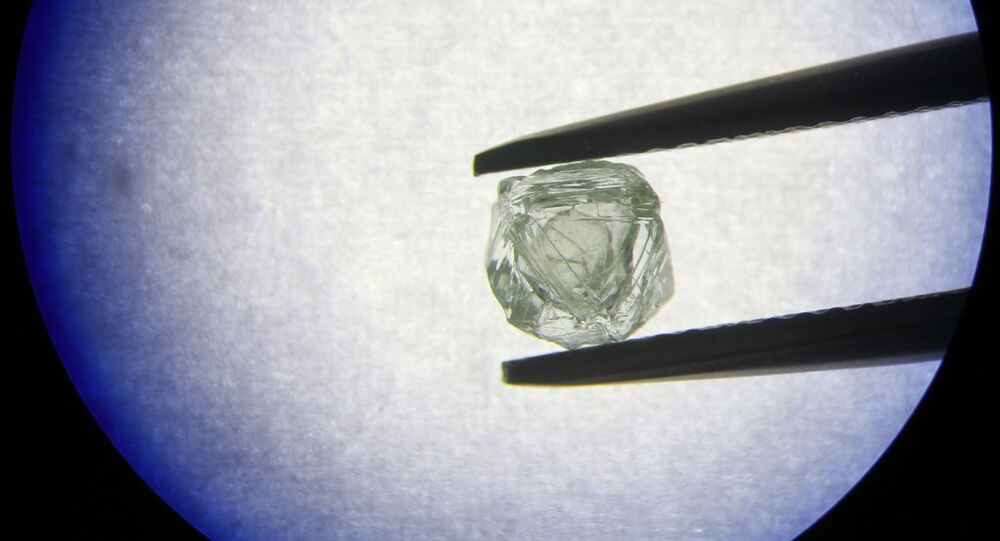 A very rare diamond was discovered during the sorting process at their Nyurba Mining and Processing Division (MPD), Russia's ALROSA diamond mining company said in a statement.

The mining company stated that it might be the world's first Russian doll-typed diamond in the history of production. The age of the diamond, according to scientists, could be more than 800 million years, ALROSA says. Despite the complex structure, it weighs only 0.62 carats (0.124 grams) and has a maximum size of 4.8×4.9×2.8 mm.

The inner diamond is only 0.02 carats (0.004 grams), according to the company. Scientists say that the inner diamond appeared first, and the outer was formed during subsequent stages of growth.

In January, ALROSA discovered a rough diamond weighing nearly 200 carats, reportedly, the largest gemstone extracted in almost three years.
ALROSA is the largest diamond miner in Russia, accounting for 29 per cent of global and 95 per cent of Russian diamond extraction.