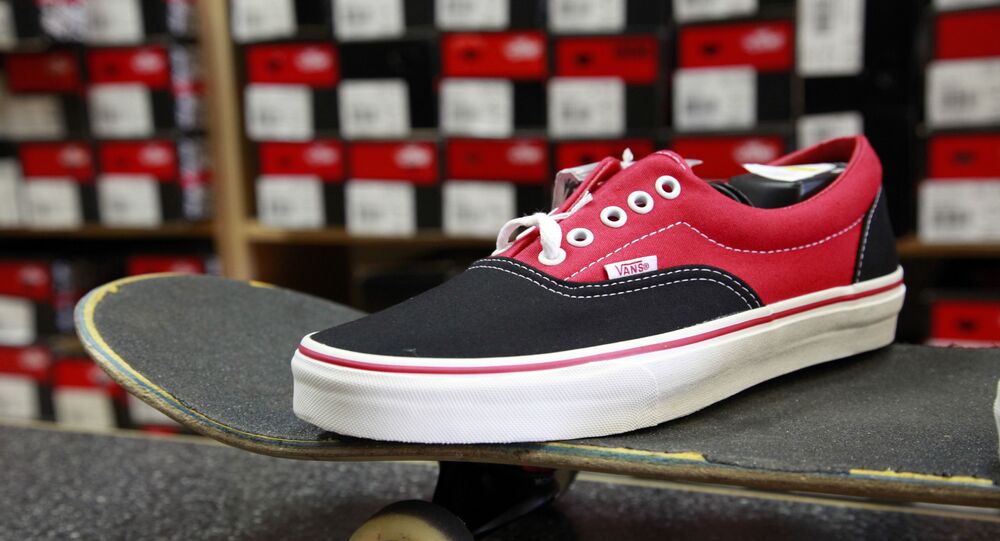 The ongoing protests in China’s Special Administrative Region of Hong Kong, which escalated in June 2019, have entangled a number of footwear and apparel companies in the political row, including brands such as Nike and Vans.

Californian brand Vans has found itself in hot water with Chinese consumers after at first allowing the submission of a design in support of the protests in Hong Kong in its annual Custom Culture design competition and then removing it without notifying the artists.

The Business of Fashion online outlet reported on 4 October that a Canada-based artist under the nickname “Naomiso” submitted a shoe design for the brand’s annual Custom Culture contest featuring figures in yellow gas masks, helmets, and yellow umbrellas, which are all symbols of Hong Kong's anti-government protests, which escalated in early June. According to the terms of the competition, the artist with the highest number of votes on the company’s website will win $25,000 and have their design produced by Vans. The design submitted by Naomiso received the highest number of votes at the time, gaining a boost in support after a link to the competition entry was posted on the Lihkg website, which is associated with a protest-related online forum, where at least one user urged netizens to vote for the artist.

However, the brand later removed the artist’s submission, which can no longer be found on the contest page. Representatives of Vans in Hong Kong later confirmed the elimination of a number of artists from the contest by saying on their official Facebook account that “a small number of artistic submissions have been removed” due to violation of the competition guidelines by involving the brand in a political row.

The protesters who took to Hong Kong’s streets in early June following a reaction against an unpopular bill that would have allowed people to be extradited to Mainland China met the news with outrage, with some posts claiming that protesters had started to burn their Vans products as a reaction to the brand’s decision to remove Naomiso’s design.

Vans removed a design based on Hong Kong protests in Vans Custom Culture competition, while the design had gained more than 11 thousands support from all around the world. #Vans #vanscustomculturecontest #HKprotests #StandWithHongKong #FightForFreedom pic.twitter.com/4aARDbl27R

2019 Custom Culture contest in which a design submitted by a Hong Kong user named "Naomiso" suddenly went down and could not be voted anymore starting in this morning. Can you explain why?

Hong Kong protesters started to burn their #vans products after #vans disqualified the design from #HongKongProtester in its competition due to political reason. pic.twitter.com/Koci44nXns

​Despite Hong Kong’s Chief Executive Carrie Lam agreeing in early September to withdraw the controversial initiative that sparked the demonstrations, the protests continued in China’s special administrative region, demanding Lam’s resignation the release of everyone arrested in the clashes, and greater autonomy from the mainland.

Many foreign governments, including the United States, have expressed support for the demonstrators, moves that have been condemned by Beijing and prompted reprehension from Chinese customers towards brands that openly support anti-government movements in the special administrative region, including Vans - until it eventually decided to delete the controversial design submission from its website.

Shame on you, Vans👎

In June, another sporting brand, Nike, cancelled the release of its collaboration with Undercover in China after the latter's designer, Jun Takahashi, made an Instagram post supporting the ongoing demonstrations in Hong Kong.