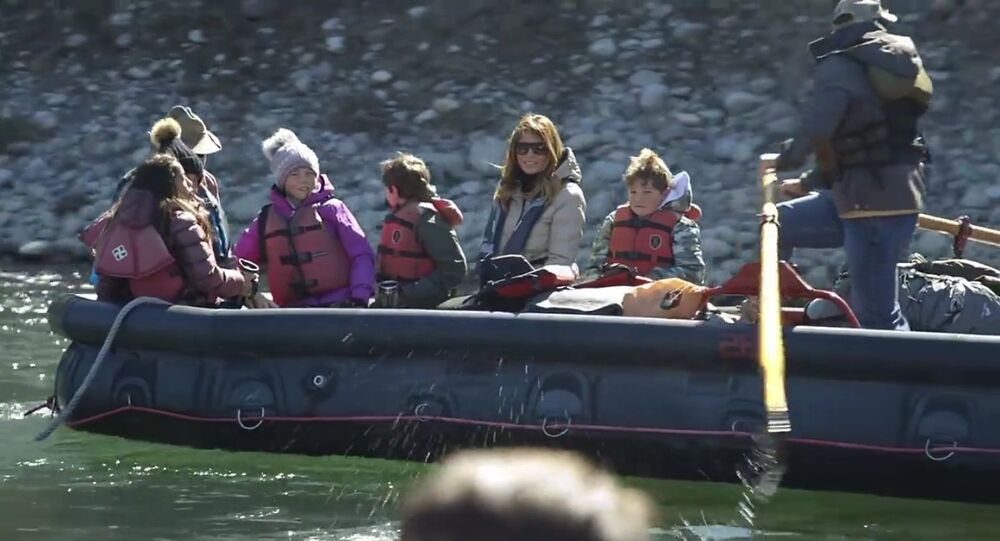 FLOTUS Melania Trump began her official trip in the town of Jackson in the mountainous state of Wyoming on 3 October.

Melania Trump, 49, has gone rafting down Snake River in Wyoming. According to the White House, during her visit, the first lady will promote her child well-being message, a key component of her year-old "Be Best" initiative. The visit is about encouraging children to spend more time outdoors, the White House said. Melania Trump earlier helped hand out National Park Service passes that grant fourth-graders free access to hundreds of national parks.

Hundreds of people welcomed the first lady in Jackson, reports say, adding that she spent about 20 minutes greeting uniformed scouts and posing for pictures.

A video of the raft has been published on the official Facebook account of the first lady.

On 4 October, Mrs Trump will visit the Grand Teton and Yellowstone National Parks.

Snake River received its name after an S-shaped gesture that the Shoshone tribe made with their hands to imitate swimming salmon. Explorers misunderstood it to signify a snake, giving the river its present-day name.

"Keeping Up With The Kardashians" star Kim Kardashian and rapper Kanye West apparently love the little town of Jackson, as the couple bought a roomy $14-million ranch in Wyoming this summer, reports say.

"We love Wyoming, it's always been such an amazing place", Kim Kardashian explained on the Jimmy Fallon show, adding "My husband did just buy a ranch there, and his dream and his vision is to move there".