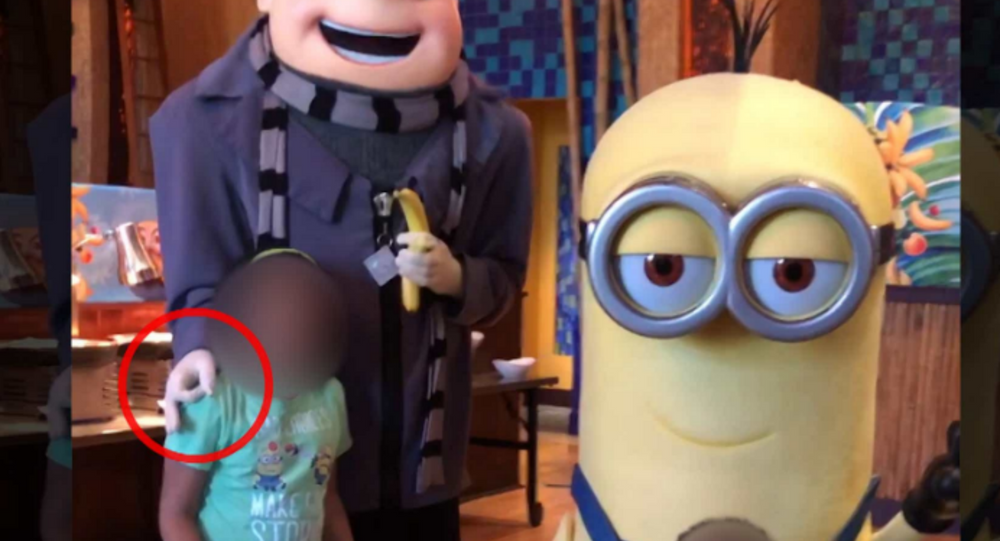 Universal Orlando Resort has fired one of its employees for making the “OK” hand gesture while taking a photo with two kids in March.

The unidentified employee was dressed up as the character Gru from the movie “Despicable Me” next to two kids: a two-year-old and his six-year-old sister.

The children’s mother, Tiffiney Zinger, didn’t notice the hand gesture at the time, which is considered a hate symbol by the Anti-Defamation League (ADL) as of September 26. The ADL is an organization with the stated goal of stopping the defamation of Jewish people and securing justice and fair treatment for all.

The gesture is performed by touching the tips of your forefinger and thumb together in an “O” shape, extending the other three fingers out straight and separating them.

According to the ADL, the “OK” gesture is not necessarily a white supremacist hand sign.

“The ‘OK’ hand gesture hoax originated in February 2017 when an anonymous 4channer announced ‘Operation O-KKK,’ telling other members that ‘we must flood Twitter and other social media websites … claiming that the OK hand sign is a symbol of white supremacy,’” an ADL blog post reads.

According to Zinger, she and her husband Richard later discovered a video on their phone moments before the photo was snapped that confirmed that the employee was making the symbol intentionally. In the 26-second clip, the employee is seen placing his hand on Zingers daughter, and then he curls his fingers into an “OK” symbol while his hand is still resting on her shoulder.

“He put his hand on her as if he was just doing it regular, and as I was looking at the camera, he started to put the universal white supremacist hate sign on her shoulder,” Zinger explained in a statement to USA Today.

“We just wanted to take them to see the Minions, do something special for our family, and this person ruined that special warm feeling,” she added, also noting that she has been “emotionally distraught” about the incident.

In a statement, Universal Orlando Resort confirmed that it has fired the employee in the picture.

“We never want our guests to experience what this family did,” a spokesman told USA Today. “This is not acceptable and we are sorry — and we are taking steps to make sure nothing like this happens again.”

“We can’t discuss specifics about this incident, but we can confirm that the actor no longer works here. We remain in contact with the family and will work with them privately to make this right,” the statement added.

However, according to Richard and Tiffiney Zinger, they reached out to Universal a few days after finding the video on their phones in August. Universal responded by saying it was investigating the incident. However, after not hearing back for a month, they reached out to the company again. Universal told them the investigation status was “proprietary information” and offered them free tickets and a gift card. The Zingers also confirmed to USA Today that they hired an attorney after a corporate lawyer from the company reached out regarding the incident.

Why There's No Stopping White Supremacy