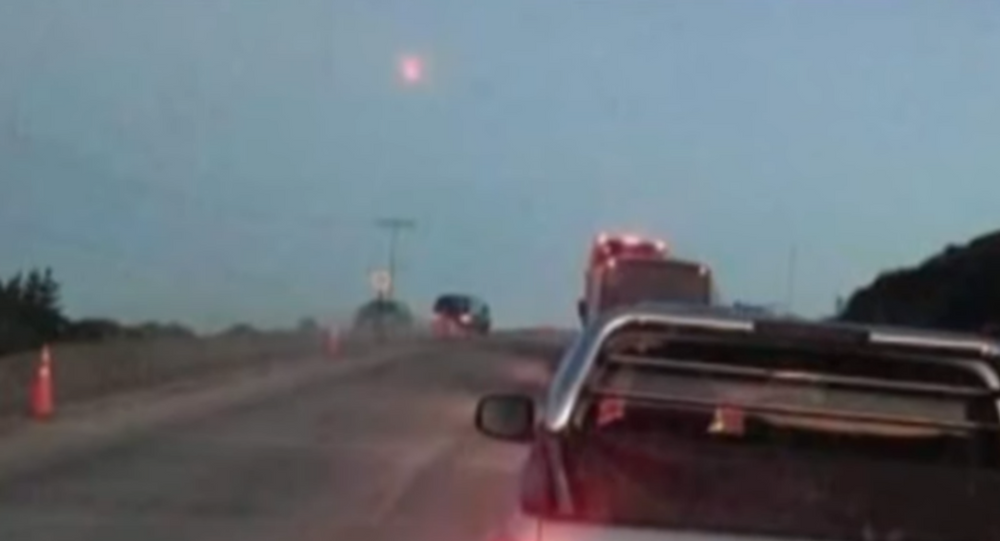 The bright objects seen recently in the sky over the southern island of Chiloé in Chile have prompted additional speculation after officials from Chile’s National Service of Geology and Mining announced that the flaming objects were not meteorites.

According to local resident Bernardita Ojeda, the mysterious objects struck and burned some bushes on her property in Dalcahue, a port city and a commune on Chiloé Island, last week.

​After the incident, Chilean astronomer and astrophysicist Joe Maza claimed on the island’s national outlet TVN that the objects were most likely either meteorites or space debris. However, with meteorites being ruled out as the cause, locals remain confused.

Geologists who investigated the scene of the impact also told TVN that they will perform an analysis of soil samples from the area and release a report of their findings later this month.

So, for now, the mysterious objects can technically be considered unidentified flying objects, or UFOs.

Impacts on Earth by asteroids or meteorites (solid pieces of debris from an object like an asteroid) are not just freak phenomena like those portrayed in movies like “Deep Impact” and “Armageddon,” though they are obviously not often the apocalyptic scenarios depicted in those films.

In February 2013, a meteorite exploded over the city of Chelyabinsk in central Russia. The meteorite, which was estimated to weigh 10,000 metric tons, left 1,500 injured, mostly due to glass shattered by the shockwave the explosion generated.