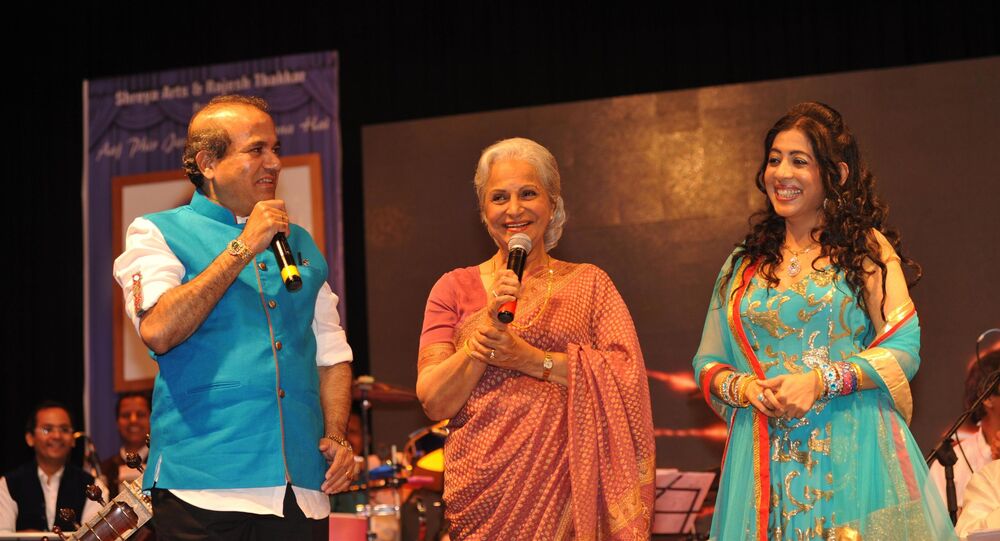 New Delhi (Sputnik): Veteran Bollywood actress Waheeda Rehman has confessed that despite her ripe old age, she wants to try out scuba diving. Celebrating the free-spirited 81-year old actress’ zest for life, netizens expressed their gratitude to her for inspiring them.

A video clip that Twinkle shared with her five million Twitter followers on Monday showed Waheeda brushing off a surprised Twinkle’s “You want to go scuba diving at 81?” question with a simple “So what!”

The 14-second long video footage has already gathered around 15,000 views.

People on social media reacted positively to the clip.

Go for it to Waheeda ji I am sure you will accomplish that with grace and elan. Would love to see you do it.

Waheeda was appearing as a guest on a TV chat show, joined by other former Bollywood superstars including Dharmendra and Asha Parekh, sharing anecdotes of their time spent on film sets together during the 1960s and 70s.

During a live video call on the same show, megastar Amitabh Bachchan talked about how he literally “worshipped” Waheeda back in those days.

A Padma Bhushan award recipient, Waheeda received recognition for her work in the Hindi movie industry in 1957.