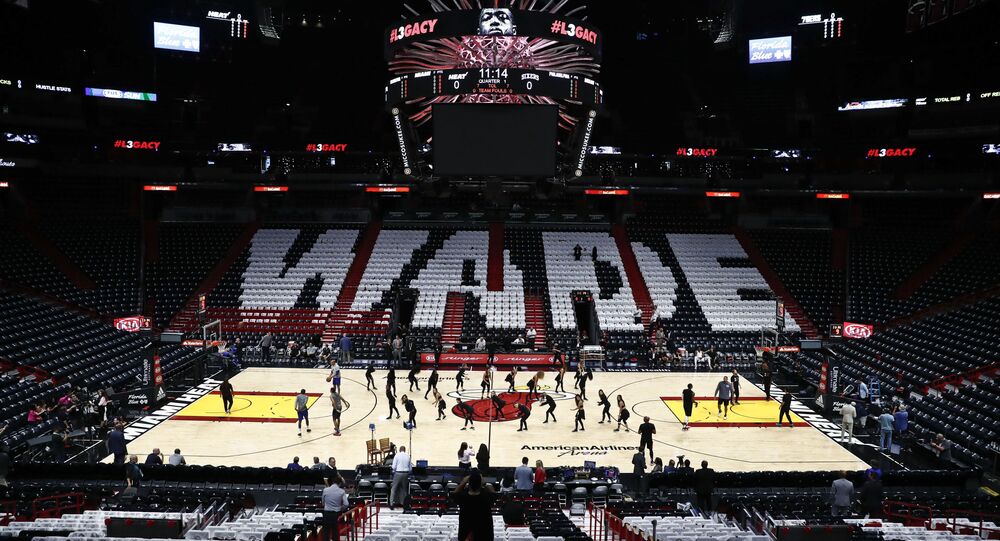 The Miami Heat, an American professional basketball team based in Miami, Florida, recently announced that it will be changing the name of its American Airlines Arena next year, and an unlikely suitor has proposed to replace the airline.

The American Airlines Arena is a sports and entertainment complex located along Miami’s Biscayne Bay. The arena has carried the name of American Airlines for two decades, after Miami-Dade County sold the naming rights to the carrier for $41 million in 1999.

However, Miami-Dade Deputy Mayor Ed Marquez on Monday confirmed that American Airlines is no longer competing to renew its naming rights to the arena.

And with American Airlines’ deal set to expire at the end of the year, the name for the arena is on the market.

“To show how serious BangBros is, they have offered $10 million to Myles Gallagher of Cleveland’s Superlative Group, and are suggesting the name BangBros Center (The BBC) as the new home of the Miami Heat for the next decade. BangBros also already owns the domain ‘bangbroscenter.com’ to partner up and broadcast, promote, market, and help take the Heat from out of the 305 to Worldwide,” the statement reads.

​“Just imagine the scenes at the arena,” one user wrote.

Australia Defeat US Basketball Team for First Time Ever