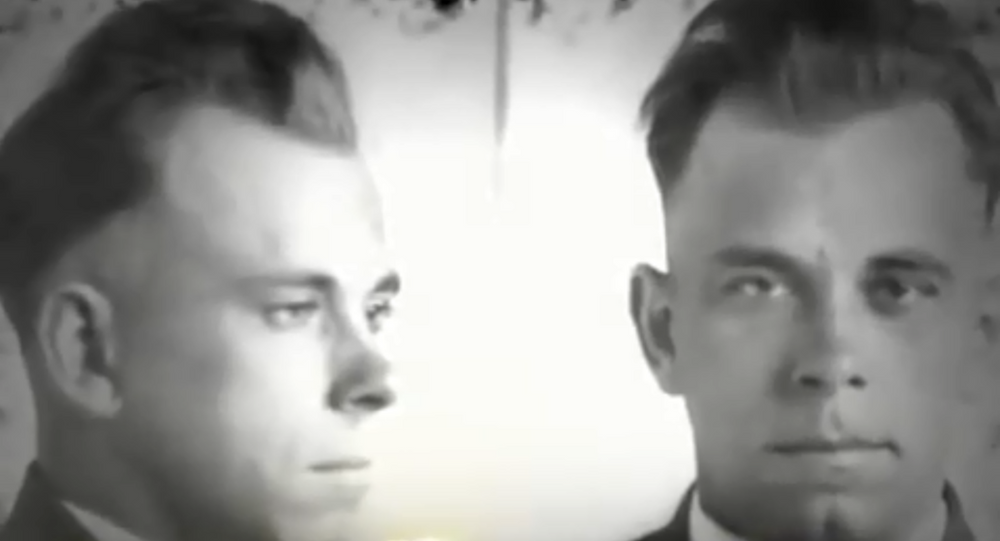 Spokesman for A&E Networks Dan Silberman said earlier that The History Channel is no longer involved in a planned documentary on 1930s gangster John Dillinger that would reportedly have featured the possible exhumation of the notorious bank robber's grave.

According to Silberman, cited by the Daily Mail, network officials "do not comment on why we aren't moving forward with a project". The spokesman reportedly declined further comment on the issue.

Dillinger's nephew, Michael C. Thompson, filed a lawsuit on 14 August against Crown Hill Cemetery in the city of Indianapolis - where the notorious bank robber is buried - after cemetery officials reportedly objected to the proposed exhumation, the Daily Mail said.

Thompson is reportedly one of two Dillinger relatives who sought an official permit to exhume the gravesite, claiming they have evidence that Dillinger's body may not be buried there and that he may not have been the man FBI (Federal Bureau of Investigation) agents killed outside a Chicago theatre on 22 July 1934, according to the UK-based media outlet. That permit was reportedly approved in July.

Meanwhile, the FBI said in an earlier statement that it was a "myth" that its agents didn't kill Dillinger and that "a wealth of information supports Dillinger's demise" including fingerprint matches, according to the Daily Mail.

Thompson and Carol Thompson Griffith reportedly said in their permit applications to the Indiana State Department of Health that they want the body exhumed and subjected to forensic analysis and possibly DNA testing "in order to make a positive identification", claiming that Dillinger was their uncle, the Daily Mail said.

Both say in the affidavits, cited by the Daily Mail, supporting the exhumation and reburial permit the state agency approved in July that they have received "evidence that demonstrates that the individual who was shot and killed at the Biograph Theater in Chicago on July 22, 1934 may not in fact have been my uncle, John H. Dillinger", stressing that "evidence" includes the eye colour of the man killed outside the theatre not matching Dillinger's eye colour, that his ears were shaped differently, that the fingerprints weren't a match and that he had a heart condition.

Crown Hill Cemetery management, however, has objected to the exhumation of Dillinger's grave. In particular, because the officials were concerned that "the complex and commercial nature of this exhumation could cause disruption to the peaceful tranquility of the cemetery" and people visiting the graves of loved ones, according to the media report.

A status hearing in Thompson's lawsuit against the cemetery is reportedly slated for 1 October.

According to US-based media reports, in June 1934, the FBI listed Dillinger as the America's first “Public Enemy No. 1”, offering a $10,000 reward for information leading to his capture. The following month, Dillinger was fatally shot by FBI agents in Chicago outside of the Biograph Theatre.