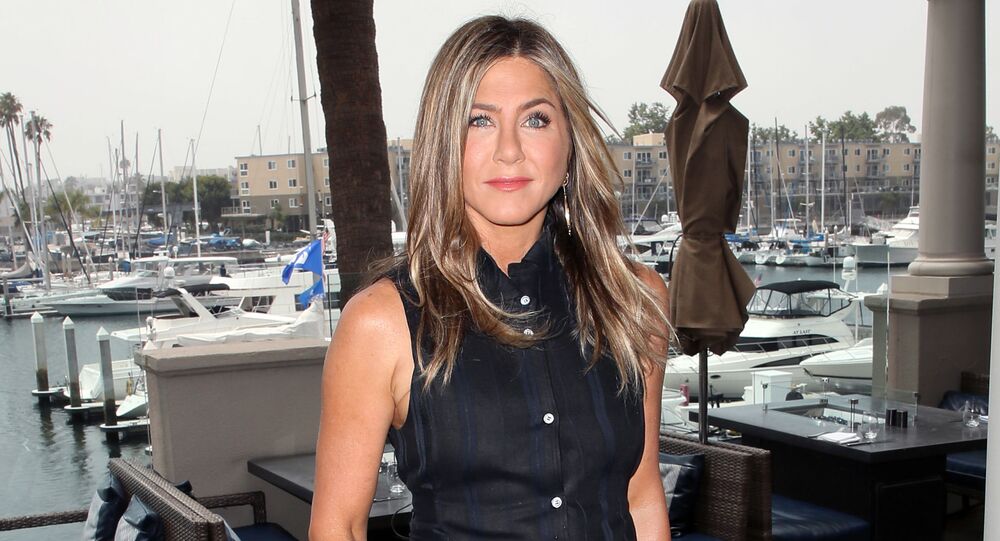 Jennifer Aniston Opens Up About Being Part of Mysterious 'Goddess Circle’

TV star Jennifer Aniston, 50, has just revealed to the public where her ageless beauty might have come from.

Speaking to The New York Times ahead of the premiere of her new TV series The Morning Show set to debut on 1 November, Jennifer Aniston revealed that she has been a part of a “goddess circle” for decades.

The group headed and founded by C. Ara Campbell who describes herself as a “cosmic channel and soul guide” is dedicated to “reclaiming the powerful feminine energy” according to The Goddess Circle website.

Aniston, who just turned fifty in February this year, told the magazine that she celebrated her birthday with a group of her closest friends who gathered together in order to sit cross-legged while they passed around a stick with feathers and blessed her new chapter in life.

"It's so weird. There's so much doom around that number. Should we just call it a 'circle'?” asked Aniston in the interview while explaining that the ritual was set to embrace her new age and the closeness she had with her friends.

"I'm entering into what I feel is one of the most creatively fulfilling periods of my life", Aniston continued. "Seriously I've been doing this for 30 years and I feel like it's just about to really bloom".

Spiritual tricks could indeed have been working well for the actress. Aniston has recently received a large number of appreciatory comments from her fans after posing for a series of photos for the autumn issue of InStyle.

​In her new role as TV host in The Morning Show Apple+ series, Aniston will portray a character dealing with the problems of ageism and sexism. It will be her first TV series role in 15 years, and she will star with other highly-acclaimed actors, Reese Witherspoon and Steve Carell.